I haven't done one of these for a long time, so here's a Word Search from my only book (so far) with a ghost.

Last week I previewed what I’m writing about this week. After the fact, I can tell you lots about this adventure. 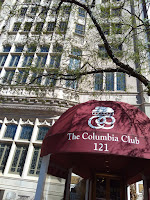 I make it a point to visit a new (to me) conference every one or two years. Malice Domestic is my mainstay since at least 2006, but I’ve also gone to a couple of Left Coast Crimes, Mayhem in the Midlands, Murder in the Woods (that may not be the right name—it was in Boise ID), a few Killer Nashvilles, two Writer Police Academies, Murder in the Magic City, Alabama Writers Conclave, and one in Plano whose name I don’t remember.

The venue was the Columbia Club, which, I was told, is NOT a hotel. It was stressed to me that I should not tip the waitstaff since they’re paid better than normal. I didn’t tip the maid either, and I hope that was okay! 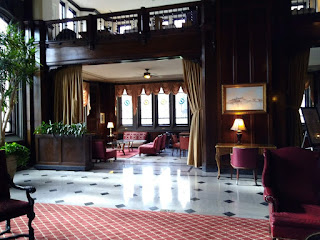 A man in the lobby, who worked there, told us the history of the place. He said it was the third building on the site. One previous one was used by Benjamin Harrison to stage his campaign rallies. The present edifice was built in 1924 or 1925, before The Crash. It’s over the top ornate in the wood and plaster carvings. The lobby holds a piano that was played by Hoagy Carmichel, a table that was in the oval office of Harrison, and a huge golf trophy with an interesting history. An “obscene” history, our guide said. 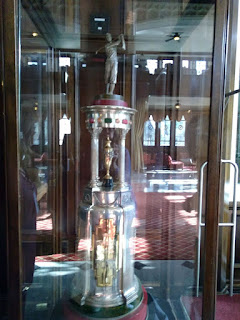 The trophy was given to the winner of a golf tournament held each year between the Columbia Club and the Indianapolis Athletic Club. Each year, the winner made the trophy larger, until it’s now taller than a person. In 1935, a woman from the competing club draped her diamond necklace on it. When The Columbia Club won it, they took it home, diamonds and all, and quit the tournament, retiring the trophy to their lobby! That does seem pretty underhanded. 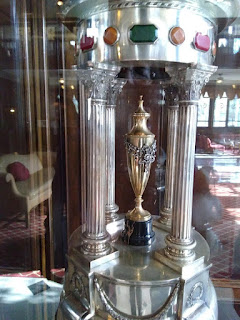 Anyway, the conference was held Friday through Sunday, October 19-21 and the panels were all well done and well attended. I was on two of them. Down These Mean Streets, with a PI theme, during which I discussed my Imogene Duckworthy PI spoof series. The panel was moderated by M. Ruth Myers and done by me, Terence Faherty, Dianna Collier, and Jim Doherty. The others knew a LOT about the history of PI novels.

My other panel was called The Mists of Time, about historical fiction and, in my case, prehistory. Moderated by Fedora Amis, the rest of us were Caroline Todd, Albert Bell, and Bradley Harper.

Guest of honor was Reavis Z. Wortham (with whom I’m privileged to share pages in the first Austin Mystery Writers anthology, Murder on Wheels.

Unfortunately, I had to attend in a surgical Cam Walker boot, but had a blast anyway. Karen Maslowski and I amused ourselves in the bar one night. I also dined with Molly and Andrew Macrae, Susan McDuffie, and two friends of Molly's Friday.

And a few more pix.

I’m attending this conference next weekend, Oct 19-21, for the first time ever. I love going to new-to-me conferences and I also love going to old, tried-and-true cons, like Malice. 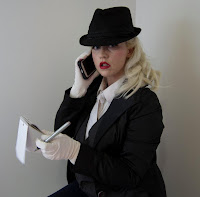 I’ll be on TWO panels, so I’m pumped about that. On Saturday at 4:30, I’ll be speaking on the topic, Down These Mean Streets—PI novels. My Imogene Duckworthy series sort of qualified, right? She wants to be one. And she works for one, eventually. My worthy panel mates are Dianna Collier, Jim Doherty, and Terence Faherty, with M. Ruth Myers moderating. 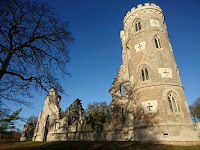 The other panel is Sunday at 9 am. At least it will feel like 10 to me, being from one time zone over. This panel is called The Mists of Time and deals with historical novels, and one pre-history series (mine). Moderated by Fedora Amis, our panel consists of Albert Bell, Bradley Harper, and Caroline Todd.

I believe I’m meeting all these moderators and panelists for the first time, except Caroline Todd. We’ve done panels together before. I’m very much looking forward to this.

A couple of other really cool things: I’m meeting up with a few writers I see at other conferences, and will meet some people I feel that I know well online, but have never physically met. Should be fun!

Here’s another way this is an adventure. I’m getting the pin out of my toe the day before I fly there. I haven’t walked normally, without a clunky shoe or boot, for 6 weeks. And I didn’t walk well before that for a long time because of the condition of my feet. Which should be fixed, miraculously when the pin comes out and the post-op shoe comes off. Right? I can walk all over the place then. Okay, I know—I’ll try not to overdo for a bit. But then I WILL get back to walking for exercise. 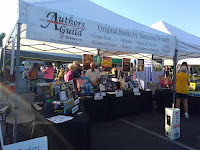 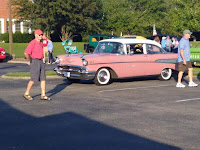 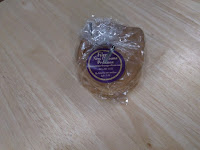 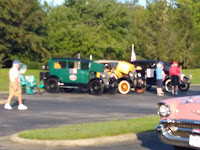 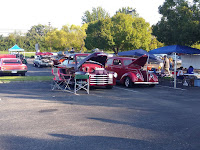 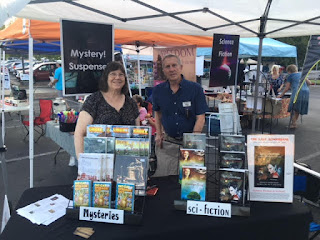 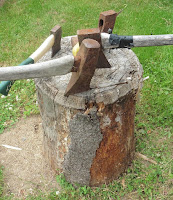