A Leg Up on My Journey

The only short story I had published last year has been nominated for an Agatha award! This is such a thrill! I feel like a Rock Star. For the rest of my life I can add, Agatha nominated author, after my name. So many sweet people are congratulating me, and Liz Zelvin, one of the other nominees, is trying to get links to all of the stories at a central place so Malice attendees can read them all.

The stories were turned in for possible nomination before the end of 2009 by everyone signed up at that time to attend the Malice Domestic mystery conference, April 30-May 2, 2010. We received ballots to nominate up to 5 works in 5 categories: Best Novel, Best First Novel, Best Nonfiction, Best Short Story, and Best Children/s/Young Adult Novel. These were for works published in 2009.

A panel of judges read all the submissions and voted on the top 5, and those are the ones nominated for 2010! At the conference, the attendees will vote to see which of the 25 receive the 5 actual Agathas, cute little teapot awards in keeping with the Malice theme of cozy mysteries.

This is a huge assist to my career and, I hope, a help on my path to publication of a mystery novel series!

Here's a link to my story, "Handbaskets, Drawers, and a Killer Cold," if you'd like to read it. If you're going to Malice, please do!! 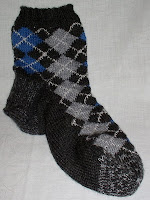 I came up one sock short yesterday after doing the laundry. That doesn't happen so often since the kids are all grown and moved out and it's just the hubbie and me, but it used to be a frequent occurrence. Where do those socks go? We've all wondered that. A load of towels is still sitting in the dryer, so it might be there. It might be clinging to an article of clothing with static electricity. If it's a heavy piece of clothing, it might be months before I find it, since the weather has just started to turn warm here in Central Texas. I've sometimes wondered if clothes go over the lip of the inner drum in the washer. I'll never find it if it's there. 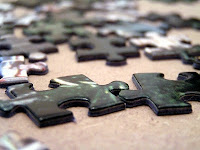 Today, on my walk, I spied a lone puzzle piece, and started wondering how it got there. It's been windy lately. Was someone sitting on their back porch, sipping ice tea or wine, or beer, doing a puzzle, and a gust scattered some pieces into the yard, and beyond. Did the puzzle doer jump up and gather all but the one piece that had flown, undetected, out of the yard? Did he or she just shrug and thrown the puzzle away? I can't picture someone carrying puzzled pieces as they walk the Hike and Bike Trail in Taylor, but I suppose one could slip out of a pocket if they did. It's unlikely anyone will ever recover
that piece. 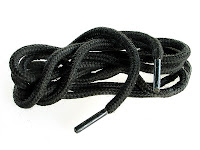 At the end of my walk I tried to tie my musings together. Life has loose ends. I may or may not ever find my other sock. The puzzler worked will probably never find that missing piece. But, writing fiction is different. Especially mystery writing. There can be not missing pieces. By the end of the plot, all socks must be found, all puzzle pieces located and put into place. After all, that's what makes reading a mystery satisfying. That order that's missing from real life. It's satisfying to be the one who ties up the loose ends, too. However hard that may be sometimes!
Kaye George
KayeGeorge.com

Short Trip to an Alien Place 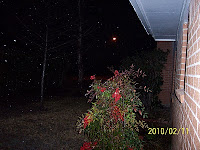 Last Friday DH and I stood at our garage door and watched snowflakes fall in Taylor, Texas. We're located just a few miles from Austin, which is easier to picture, I'm sure. If you consult a map, you'll see that Austin (and Taylor) is south of most of the US, except for Florida. I know it's snowing lately in lots of places where it never snows, but I was still astounded to be a party to this weird weather phenom.

One of my sons likes to use the recent weather to pooh pooh global warming. I think the problem here is that what we've done to the planet has been misnamed. One term I heard used last week was climactic climate change. I like that. It accurately describes what's going on. No matter who or what caused it, it's real, not imaginary, and it's affecting all of us.

I just wish they'd get some nice snow in Vancouver for the Olympics. That rain is yucky! 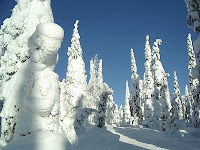 Kaye George
kayegeorge.com
Posted by Kaye George at 11:39 AM No comments:

Back on the Road

Finally, after an interesting course of steroids and most of an antibiotic course, I'm on the road to recovery. I asked the doctor what I had and he shrugged. So...I had something, but he's pretty sure it wasn't pneumonia, anyway. So that journey is just about over. And that's good! It was a bad trip.

I'm also on the agent trail! I'm now officially querying two novels in two very different series, and writing a third. Although the third is a second in one of those series. (I just looked it up, series is the plural of series. Ya gotta love English.)

Another request for a partial came through, so the journey continues. In January, for my YA project, I queried 11 and have 6 rejects from those. In February, so far, 5 queried, no rejects. And then, for the new project, 2 queried.

If no one sees it, no one will offer to represent it.

I thought I'd get a little punny today. It's been that kind of week. My kids, husband, even relative strangers, have all urged me to visit the doctor, so I did. I called when they opened at 8 and got a 9:30 appointment. Which meant I saw the doctor at 10:15. But I had Sarah Atwell's new glassblower mystery for company, so that was OK and, frankly, only to be expected.

I've had a nasty, brutish, but not short cough for at least two weeks now. My old trusty asthma inhaler was taken off the market and the new one nearly sent me to the emergency room one night last week. I saw shimmers before my eyes, my skin tingled, and I started attempted to bring up a lung, or maybe my stomach. Each breath, each violent cough, felt like it would be my last--I didn't see how I was going to get one more breath. My throat was not gushing blood, which surprised me. I finally calmed my spasms with over the counter Wal-Tussin, but slept sitting up every night.

A day or so later, I remembered there was a bottle of cough syrup I'd been saving, mainly because it was such effective stuff, I wanted to be able to have the name of it in case I ever needed it again. I reached into the back of the medicine cabinet, dusted off the bottle, and read the date. 3/22/2001. Hm. I called son and daughter-in-law (both doctors) and asked them if I should take it. The answer was, "Yes." Their bottle is four years old, DIL said. It may not be as strong as it was when it was new, but it'll beat the over-the-counter stuff. The problem is, there were about four doses in the bottle. It got me through the weekend, with one dose to spare.

After listening and looking, the good doctor started writing prescriptions. I asked him what I have and he shrugged. He's a very honest doctor. He wrote me scrips for my old inhaler (although the propellant is still different, so I'm not sure what that will bring--more shimmers and tingles?), cough syrup (a new bottle of the good stuff), steroids, PLUS an antibiotic. He threw the pharmacy at me. Which is FINE with me.

Anybody wanna arm wrestle? After just one dose of those roids, I'm feeling great!
Posted by Kaye George at 2:55 PM 1 comment: