I’ve lost track of the number of times I’ve attending the Malice Domestic mystery convention. My first year there, I didn’t know a soul, but got brave and sat by people in the spacious green room (which doesn’t exist at the present venue). It was so easy! Mystery writers are, in spite of their murderous thoughts, very nice people.

This year, I will know dozens of people there. It will be hard to go into a room and not know anyone. No wonder it’s my favorite conference--I’m so comfortable there.

This is the third time I’m going as a nominee. That’s a super thrill and a half!

Since I have family in the area, I’m going to tack on a stay, so my travels will keep me off the blog next week. But I’ll be back week after that!

One great thing about Malice is that I always meet people I know online, but have never met in person. I hope to meet some more this year!!
Posted by Kaye George at 4:00 AM 3 comments: 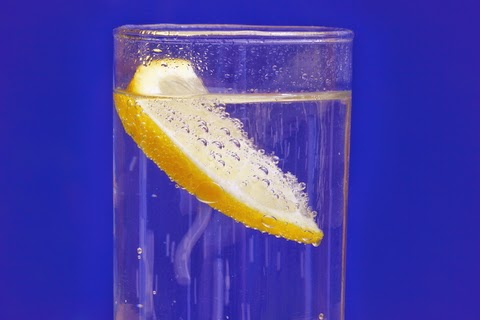 You know how, when life hands you lemons you make lemonade? Ideally? If you can find the juicer and have some sugar handy?

It occurs to me that maybe making lemonade should be an every day goal. Even for the days life doesn’t hand you the lemons. You can go out and, by golly, pick those lemons.

This is an easy thing for a writer to do, of course. When we have surgery on our shoulder, we take note of the pain and agony and we give our current lead character a shoulder injury. That’s a  useful version of making lemonade.

When someone cuts you off in traffic (and by “you” I mean “me”), there are alternatives. If young children are in the car, a couple of those alternatives are cut off. (Although I have achieved satisfaction from yelling “My Feller” being careful to mouth all but the L very distinctly. With the windows rolled up.)

My favorite, though, is to smile sweetly and wave. I imagine the offender seeing my pleasant gesture and being filled with shame and remorse, then mending his ways and never cutting anyone off again. Or maybe thinking I know something he doesn’t, and he pictures gas leaking all over the road or a huge knife in his rear tire.

Failures are another opportunity. I love this quote by Thomas A. Edison: “I have not failed. I’ve just found 10,000 ways that won’t work.” Every failure, by this thinking, brings you one step closer to success.

Add a little more sugar and drink up.

Guest Marilyn Meredith with A Visit to Rocky Bluff, California

Please help me welcome Marilyn Meredith back to my Travels. We have something in common besides being mystery writers. She grew up where I was born, Los Angeles (although I moved away at the age of 3 months).

Here's her trip! Be sure an look below for the character naming contest.

People who live in California know that it is a state with many differences. I grew up in Los Angeles, and it was possible to go play in the snow one day and head to the beach the next. In fact you could do both in one day if you really wanted to.

Rocky Bluff is not a real place, but it has its roots in a couple of real places. Located on the coast of Southern California, it is situated between Santa Barbara and Ventura. It is not a real town nor is it based on a real town.  However, the beach part is similar to the way the beach was in Oxnard many years ago (where I lived while raising my family) with funky bars and run-down rentals. 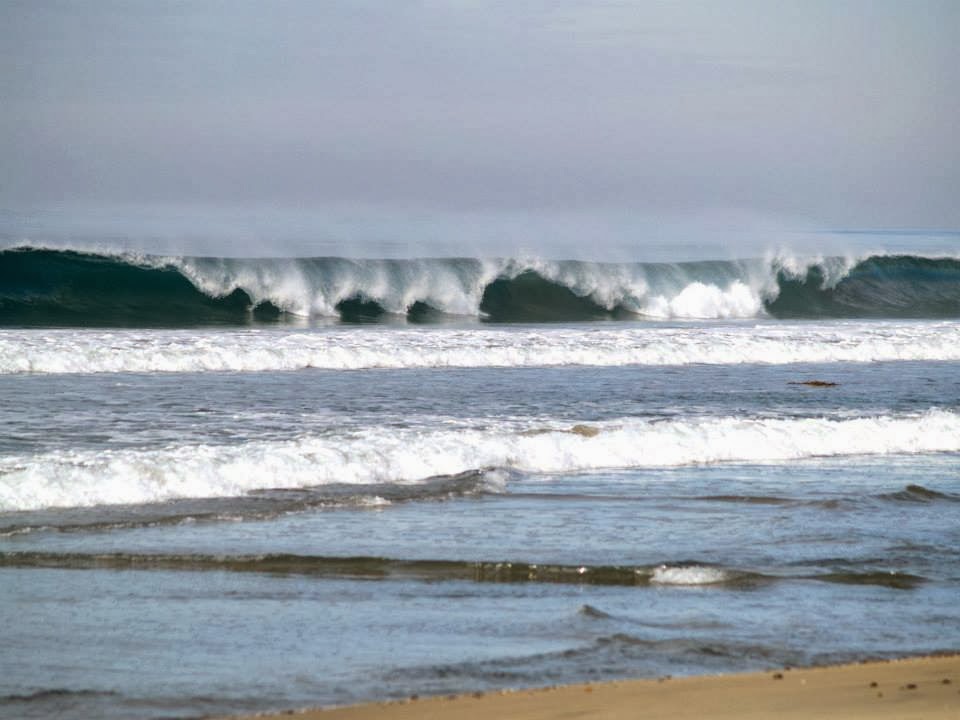 The main drag itself has similarities to several small towns with some modernization, but still many old brick and stucco buildings with false facades. A Chinese eatery upstairs over a Mexican restaurant is much like one we frequented in Oxnard years ago.

The houses that climb up the hillsides look like homes I’ve seen in Ventura.  In fact, Detective Doug Milligan’s house, a small Victoria, is one I visited years ago.

In Rocky Bluff, the freeway leading north to Santa Barbara crosses over the top of where the town changes from residential to rural with ranches and orange groves.

I don’t know about other authors, but I can visualize Rocky Bluff and all its different neighborhoods. To me it is as real as any place I’ve ever been. In fact, I probably know more about this little beach town than any I’ve ever lived in.

So, if you’re ever traveling on 101 and find yourself  somewhere between Santa Barbara and Ventura, look carefully toward the ocean and you might catch a glimpse of the bluffs that gave Rocky Bluff its name.

Blurb for the latest RBPD mystery, Murder in the Worst Degree: The body that washes up on the beach leads Detectives Milligan and Zachary on a murder investigation that includes the victim’s family members, his housekeeper, three long-time friends, and a mystery woman.

Bio: F. M. Meredith aka Marilyn Meredith is the author of over 35 published books. She enjoys writing about police officers and their families and how what happens on the job affects the family and vice versa. Having several members of her own family involved in law enforcement, as well as many friends, she’s witnessed some of this first-hand.

Once again I am offering the opportunity to have your name used for a character in a book if you comment on the most blogs during this tour for Murder in the Worst Degree.

Tomorrow you’ll find me at visiting Jackie Houchin at http://bit.ly/1f5UFj0.

I'd like to welcome Jim Jackson to my travels today, telling about HIS recent travels. Jim and I share a publisher and have shared our manuscripts for many years, so I'm happy to give him space to tell you what's happening with him. Be sure and check the links at the end of this post! Now, here's Jim: 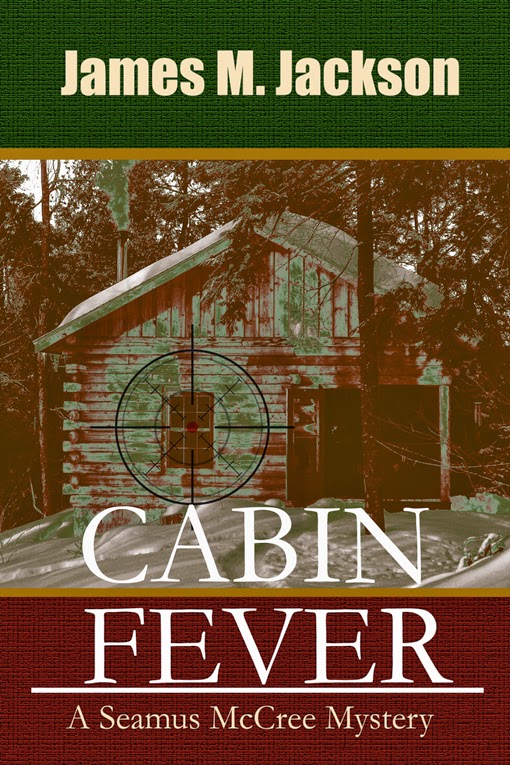 To promote the April 8th publication of CABIN FEVER, I signed up for Left Coast Crime (LCC) this year. Since we are currently without pets and Jan and I have enjoyed train travel, we decided LCC was a great excuse for a train trip. 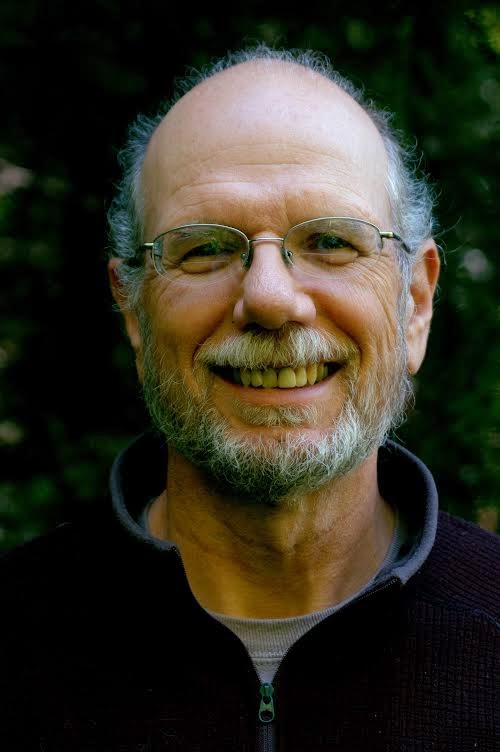 If you don’t care about our itinerary, skip the next two paragraphs.

Briefly, our trip included six trains; we took sleepers the whole way. The first stage was overnight from Savannah to Washington, DC, arriving early in the morning. We walked all over the city and returned to Union Station in time to catch a late afternoon train to Chicago, which again arrived in the morning. Since we’d rather be outside than in, even with cool temperatures and a brisk wind, we walked down to Lake Michigan and back before catching a mid-afternoon train from Chicago through the Rockies. Two plus days later brought us to Emeryville, CA (outside San Francisco). We rented a car and drove to Monterey for LCC. After the conference we took a day afterwards for hiking in Yosemite before returning to Emeryville to start the second half of our trip. 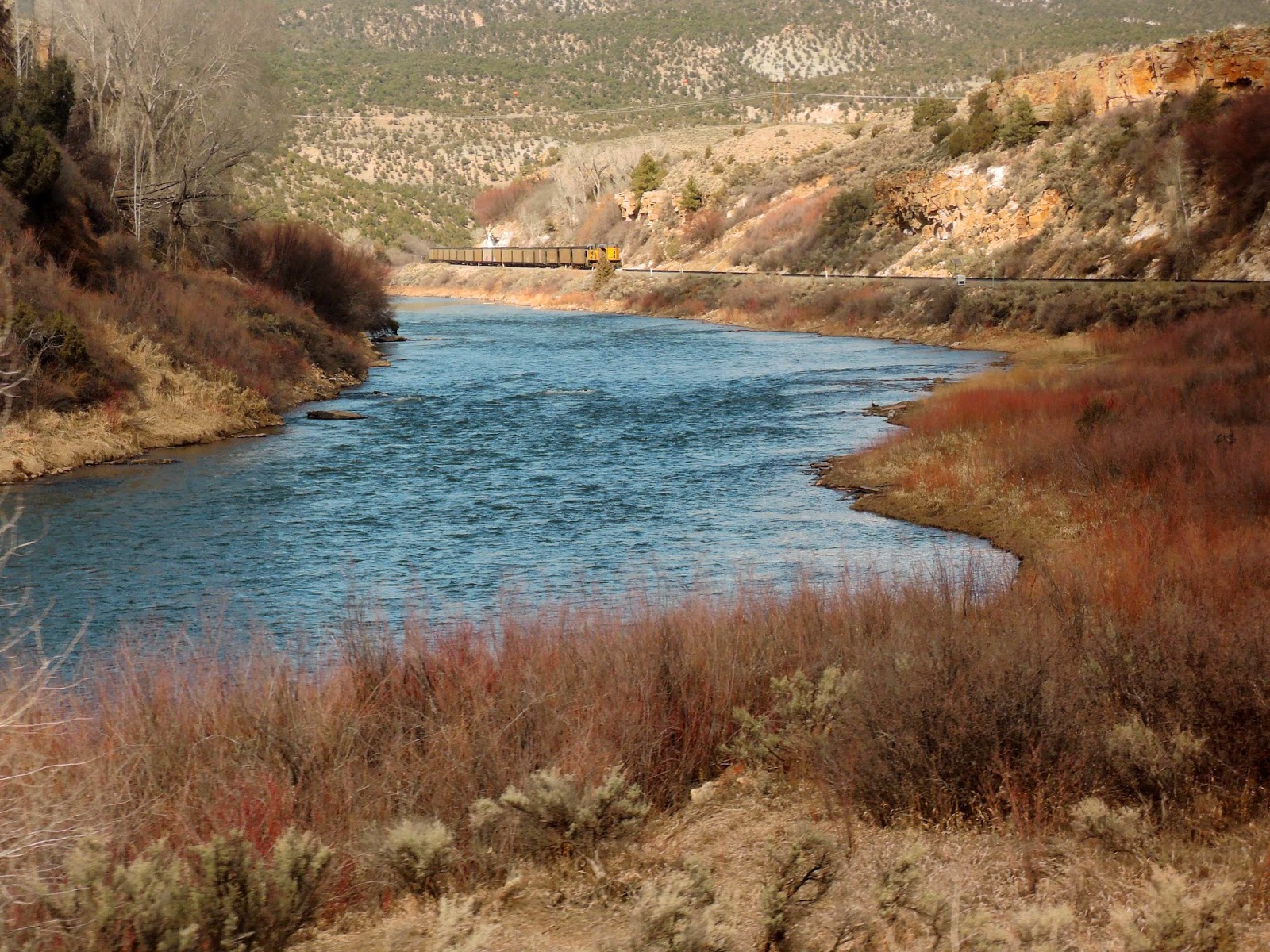 From Emeryville we took a daylong train to Los Angeles, stayed overnight in LA and spent the following day walking around the LA Zoo. That night we boarded our train to New Orleans, which arrived two nights later. After a whole day enjoying New Orleans, we caught our last train of the trip the following morning and got off in Birmingham, where we rented a car and drove home to Savannah.

The total trip lasted fifteen days, and we thoroughly enjoyed it. One aspect of train trips I appreciate is that they take me through the back yards of these United States. Some backyards can be depressing: filled with trash, generations of rusting autos, graffiti-tagged corrugated fences, backs of derelict buildings. I remember on trips decades ago seeing vast piles of tires. Those disappeared once we understood their recycling value; perhaps we’ll find ways to recycle the rest of the junk we throw away.

Other aspects of America’s backyard are awesome (I stole that word back from my grandchildren). Some great naturalist (i.e. I can’t remember who or the exact quote) said that the only way to explore a place sufficiently well to know it, is to travel by foot. To really understand a particular locale, he’s probably correct, but to obtain an overview, trains are great. You sit higher up than when driving and don’t have to worry about traffic and such. The plains are vast, the mountains soar, the valleys burst with flowered fruit trees. 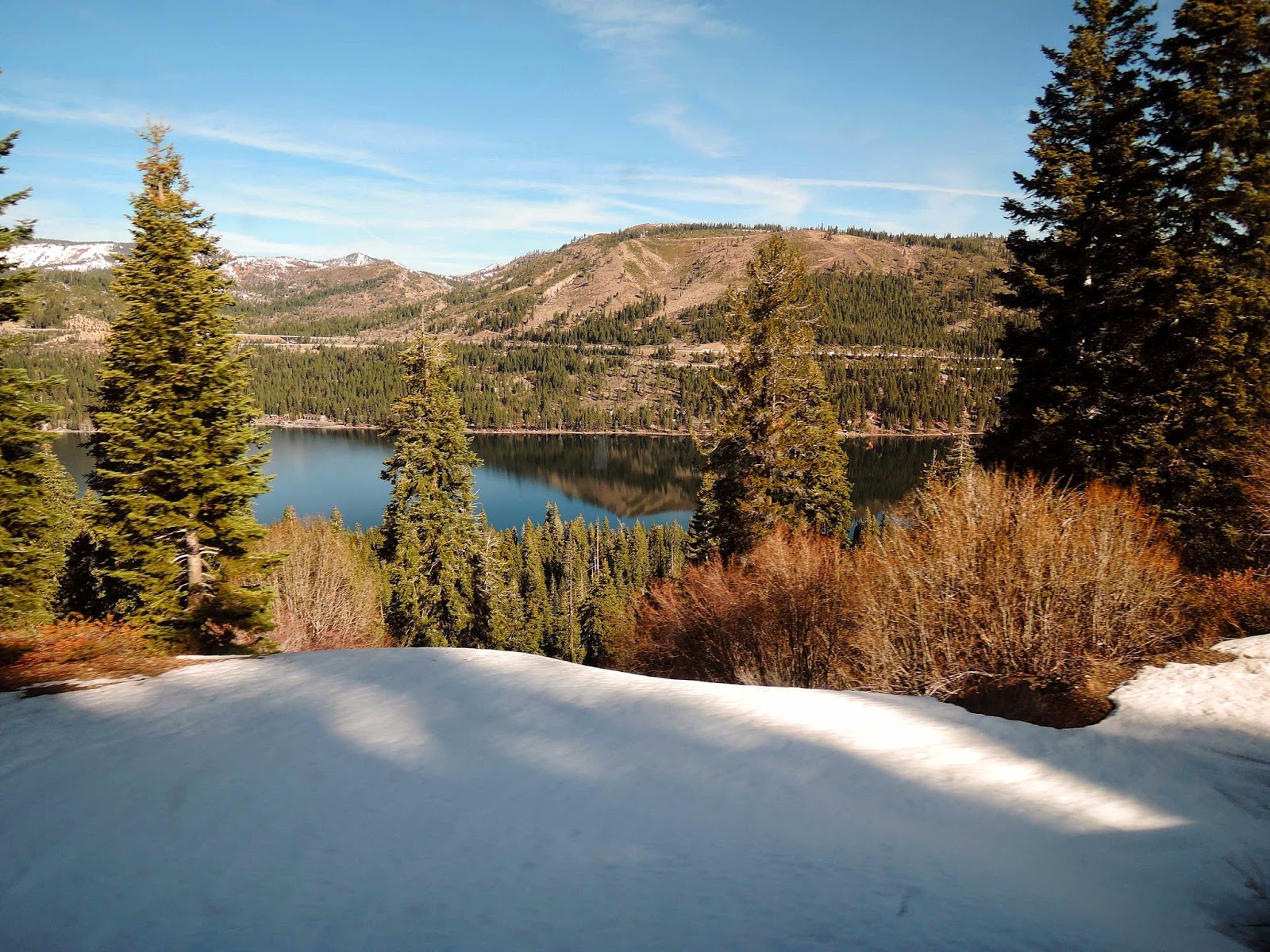 With all those beauties, where did my heart beat fastest? Watching a mountain creek or river work its way down a narrow valley. Seeing ducks or swans swimming undisturbed in a remote lake. And above all, watching a deciduous woods slip past my window bathed in the slanted daylight of the hours just after dawn or before dusk. 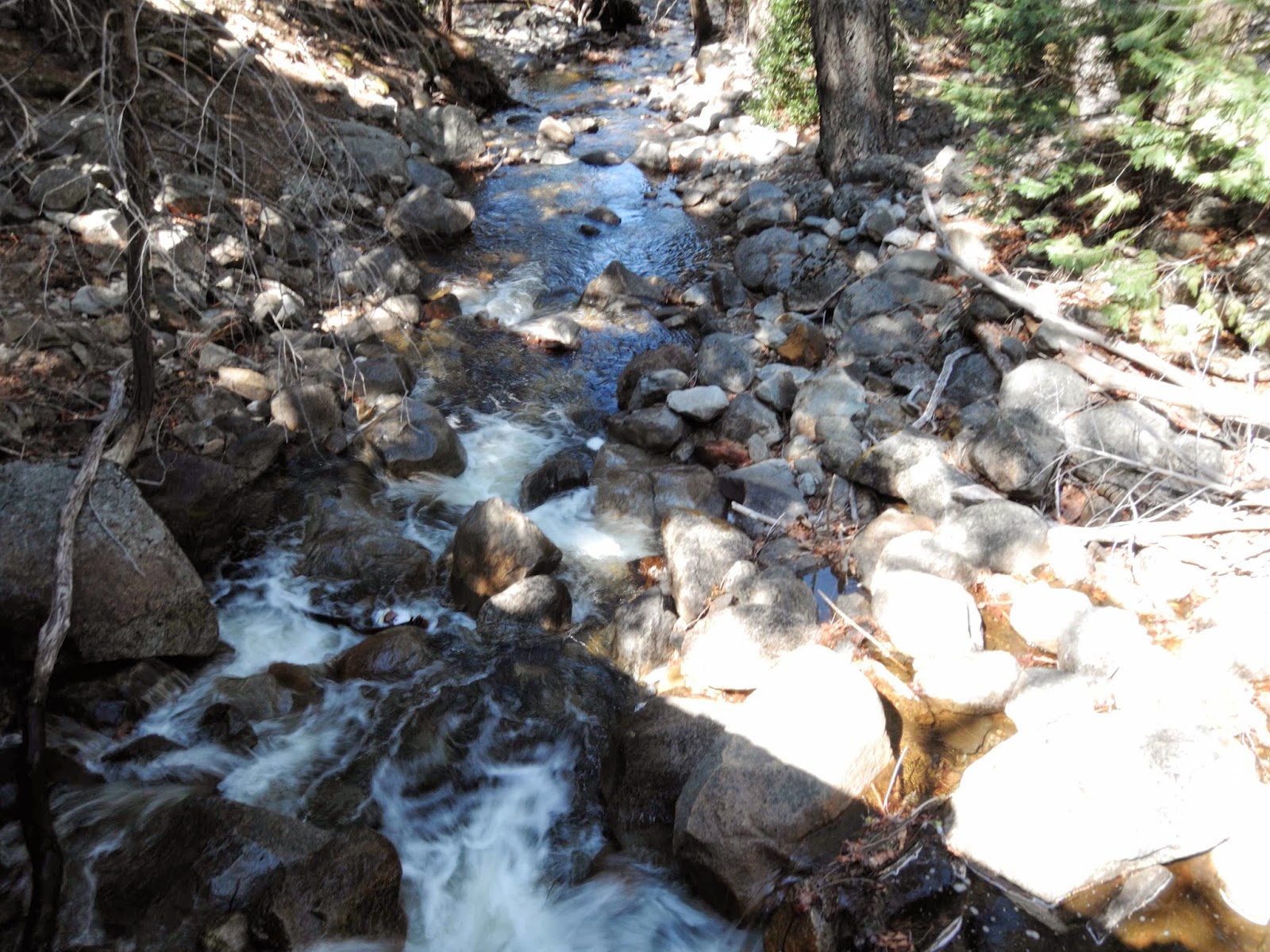 JAMES M JACKSON authors the Seamus McCree mysteries, BAD POLICY (2013) and CABIN FEVER (April 2014). BAD POLICY won the Evan Marshall Fiction Makeover Contest whose criteria were the freshness and commerciality of the story and quality of the writing. Known as James Montgomery Jackson on his tax return and to his mother whenever she was really mad at him, Jim splits his time between the Upper Peninsula of Michigan woods and Georgia’s low country. He has also published an acclaimed book on contract bridge, ONE TRICK AT A TIME: How to start winning at bridge (Master Point Press 2012).