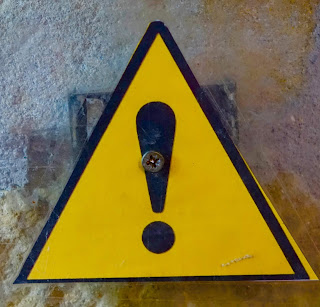 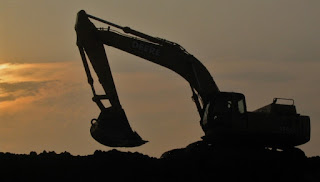 Posted by Kaye George at 9:27 AM No comments: 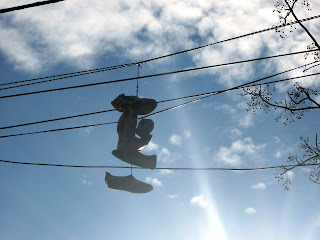 This one drives me nuts! Unlike the William Safire “rules” I’ve posted before, you really should NOT do this.

Unless you’re entering this contest.
http://sinandsyntax.com/blog/dangling-modifiers/

Here’s a sampling from the page:
“I found a dollar walking home.” I wonder where the dollar lives.

“Walking past the cemetery, an open coffin frightened me.” An open coffin walking around would scare me, too.

“Hopping from foot to foot, the crosstown bus came into view.” I didn’t even know buses had feet!

Another amusement source for these can be headlines.
http://forums.prohealth.com/forums/index.php?threads/dangling-participles-goofy-headlines-etc-know-any.248858/

Here are a few of these:
Dealers will Hear Car Talk at Noon—I’d show up for that. I wonder if David Hasselhoff will be there.
Juvenile Court Tries Shooting Defendant—I hope the court missed. Poor kid.
Squad Helps Dog Bite Victim—Ouch!

I hope you had fun with these.

If any word is improper at the end of a sentence, a linking verb is.

More of William Safire’s (tongue in cheek) Rules for Writers:
If any word is improper at the end of a sentence, a linking verb is.

I hope some of you are having as much fun with this series as I am.

First of all, you may ask (I did), what exactly IS a linking verb? This source*** says that it’s a verb that can be replaced by a form of the verb “to seem”, as used.

However, this doesn’t pass the test:

Or, a verb that can be replaced with a form of “to be”.

Like so:
*Bob feels (is) fine.
*This dress looks (is) too big for you.
*My sandwich tastes (is) spoiled.

Now, should we really never use those verbs at the ends of sentences? Never say never, right? There are places you could use them.

*An explosion went off behind him and he turned around and looked. (I guess “at it” is implied).

This, I think, is a violation.

I’ll welcome any comments or examples you come up with. (I’ll get to that pesky preposition thing in a later post.)