Christmas is over, time for New Year’s Resolutions 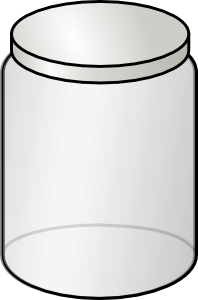 Since it’s the holidays, I’m sort of taking this week off from the blog and repeated one that appeared last Saturday at http://makeminemystery.blogspot.com/, where I blog twice a month. Here goes:

I usually do make New Year’s resolutions, but do I ever keep them? Only if I rig it--make a resolution I already know I’ll do. It’s kind of a depressing practice because it so often sets me up for failure. Never again!

I’m starting a new tradition, beginning this year. It was prompted by one of those funny picture thingies on Facebook. Lots of them make me chuckle a little, some make me laugh out loud, some make me shake my head, but this one made me stop and think. Here’s what it said:

**Start 2013 off with an empty jar and fill it with notes about good things that happen. On new years eve (sic), empty it and see what awesome stuff happened that year.

Writers, we can use these for our successes. A publication, a review, a kind word about something we wrote, or interest in our work.

Being prone to depression, I keep things around that I can review when I feel myself starting to crash--funny books and movies usually. I also have an *attagirl* file with accomplishments so I can remind myself that I can do stuff when I set my mind to it. This is kind of an extension of that. It’s a Good Things Jar, a Feel Good Jar. I think I’ll get a big one.

image from clker.com
Posted by Kaye George at 4:00 AM 4 comments: 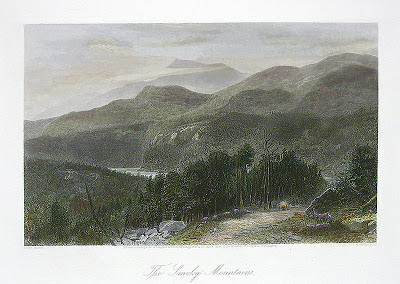 No, it’s not the end of the world according to the Mayan calendar. (Are you sick of hearing about that?) But it’s the last time, ever, we can have a date, written as above, that has all three numbers the same. The end of an era. Unless--we redo the calendar and add a 13th month. That’s not impossible.

(Although I have found some people who think 12/12/12 IS the Mayan predicted date. If you’re reading this, that date is wrong.)

In fact, there’s more than one movement to institute a 13-month calendar. It would be more logical. Spock would love it. Each month, with that scheme, has 28 days (no more counting on your knuckles, or reciting “Thirty days hath September.” Every month would start of the same day of the week. There sure would be less to keep track of! Provisions would still have to be made to even the calendar up with the actual annual orbit around the sun, except for the purists who want a strict calendar. Eventually, the seasons wouldn’t match up, but that wouldn’t bother them, I guess. So, it’s slightly possible to have a date that’s 13/13/13.

I don’t know of any movements to create a 14-month calendar.

This all illustrates how artificial it is to give values to time. Hours, minutes, weeks, they’re all modern inventions that have nothing to do with how the earth rotates and orbits. Just our ways of measuring the progression.

How do we, as writers, measure our progression? Do we figure how long it takes to write a book? How many years it took to publication? How long our submissions have been out? Of course we do. Do we measure our growth as a writer, also? It’s good to look back on early writings, if we’ve been doing this for awhile, to see if we’ve gotten any better over the artificial time periods that we’ve been at it. How many years of writing does it take to make a good writer? Good question, but I don’t have an answer.
Posted by Kaye George at 4:00 AM 2 comments:

I think this is a good review to post today, in light of the impending end of the world this month. The review was done earlier this year for Suspense Magazine, which has a free issue out this month at http://www.suspensemagazine.com/.


The horror in the pages of this apocalypse book creeps up on you gradually. The action alternates between ‘then and now.’ ‘Then’ is before the disaster and ‘now’ is after, a world where taxes are no longer certain, only death.
Zoe is a cleaning person at Pope Pharmaceuticals, but she’s highly educated. When her love was killed, she sort of gave up on life and is working at a job that gives her time to think and piece herself back together. Until the day a jar appears in her highly secure apartment.
In the Then times, fearing for her own sanity, she reluctantly goes into therapy with the attractive Dr. Rose, later known to her as Nick. She lies about the jar, though, telling him she’s dreaming about it and the terror it instills in her. The terror is true, but it’s no dream. Gradually, the world falls apart, and the Pandora’s Box in her apartment may hold the key for the disfiguring disease ravaging most of the world’s population.
In the Now times, Zoe is desperately trying to make her way to , carrying a letter from Nick. She takes Lisa, a young, blind English woman, with her to get Lisa away from the abuse she’s suffering at the hands of her remaining family, a father and an uncle. Zoe stubbornly clings to what makes her human, compassion and humanity, and refuses to stoop to the level of the feral survivors roaming the world.
It really does look hopeless! The reader is drawn toward the intersection of the two sections through revelation upon revelation (one of them reveals the meaning of the title), that kept me up way too late at night, avidly racing to the thrilling end.

Reviewed by Kaye George, Author of “Choke”, for Suspense Magazine

Posted by Kaye George at 2:39 PM No comments: 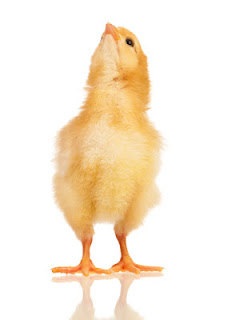 December 21st is coming! End of the world--according to a civilization that isn’t around to defend itself. Poor Mayans, they’re taking the blame for a lot.

But zombie fans are having a ball. (Type “zombie run” into the Googler and you’ll see what I mean, in case you’ve missed this phenom.) So are apocalypse writers. I’ll make sure you don’t miss this phenom!

Do you recall Isaac Asimov’s eerie, chilling, sci-fi story, NIGHTFALL? He postulated a planet that had so many suns that it was always bathed in light. Every 2000 years, night does occur, but civilizations come and go between those times and, to the present one, no one has ever known night.  I forget if the suns all line up, or how this happens, but I remember the encroaching darkness, spreading over their sunny planet, that strikes terror in their hearts. 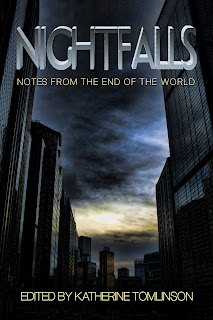 Now, imagine an anthology full of “nightfall” stories! It’s called NIGHTFALLS: Notes from the end of the world. A bunch of us writers imagined the end of the world and what would go through a person’s mind if they knew it was the last night, forever.

There are some awfully good writers in this antho and I’m SO honored to be among them. You can get a copy here: http://www.amazon.com/dp/B00AGCIO8C
(I recommend reading this before December 21st, just in case.)

Some Say the World Will End in Fire
Sidney Anne Harrison

Forward is Where the Croissantwich Is
Chris Rhatigan

It's Not the End of the World
Matthew C. Funk

A Sound as of Trumpets
Berkeley Hunt

The End of Everything
A.J. Hayes

Into the Night
Veronica Marie Lewis-Shaw

chicken picture from dreamstime
Posted by Kaye George at 4:00 AM 2 comments: