What fun at Killer Nashville!

I attended Killer Nashville for the first time last weekend and it’s going onto my list of cons to go back to--every year if I can. It’s run by Clay Stafford, Tracy and Mike Bunch, and Beth Hicks. These people pour their hearts into this project and it shows.

I’ll begin with the Hutton Hotel. The layout was a little odd, but no worse than the one Malice Domestic uses now. OK, it’s a whole lot better than that. My room was on the small size, 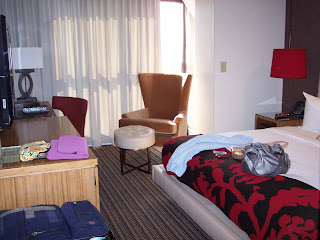 but look how many hangers they gave me. Enough to actually hang my clothes! 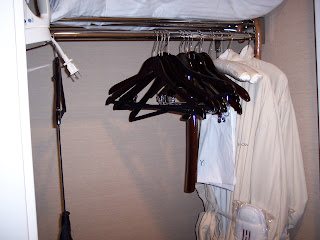 And I’ve never seen such a fancy bathroom--an all-glass sink. 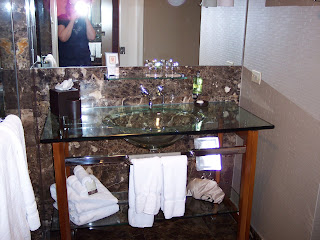 Dr. D.P. Lyle gave a talk at the beginning and discussed Scott Peterson and OJ Simpson. He says Scott’s main problem was ego. A divorce (and a child) wouldn’t have fit his self-image, so he had to get rid of this problems another way. He says, as I think, that it’s obvious OJ is guilty, but that the evidence wasn’t handled well.

Our panel on Friday morning went well. I was on a short story panel led by Phil Bowie and consisting of me, Chris F. Holm, Robert Mangeot, and Suzanne Berube Rorhus. We meshed well together and brought some differing views to the discussion. I got an awful lot of compliments on the panel afterwards. In fact, I’m still getting them via email.

I attended fascinating presentations by Leo J. Maloney--An Inside Look at the Life of a Black Ops Contractor, Jon Jefferson (half of Jefferson Bass)--Serial Killers, Rick Helms--Forensic Psychology, Dr. Hugh Berryman--Forensic Anthropology, and Ernest Lancaster--Firearms for Writers. I also got to several panels.

The banquet meal was one of the best I’ve ever had at a function like this. I also have nothing but praise for the staff of the hotel. They went out of their way to cheerfully assist us.

The Claymore Award for an unpublished manuscript is awarded, with second and third place mentions. This year they were: #1 Terry Coop, #2 Jacob Appel, #3 Elizabeth Visser.

The Silver Falchion Award is given for the best novel published since the last Killer Nashville. I was THRILLED that EINE KLEINE MURDER was a finalist for this!! The awards went to #1 Sara J. Henry, #2 Alana White, #3 a tie with Molly MacRae and Jamie Mason.

After the awards were given at the banquet, I was surprised and Dr. Lyle was stunned when Clay gave him a shiny black Fender guitar! Then he gave one to Anne Perry, who was speechless. What a fun time! 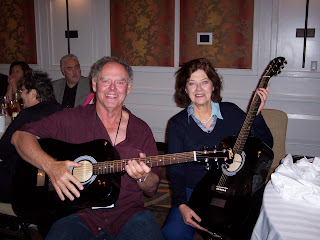 Here are a few people I snapped shots of:

My picture of Clay Stafford (on the right) interviewing Dr. D.P. Lyle is blurry, but that’s the only way my camera works at that distance, unfortunately. 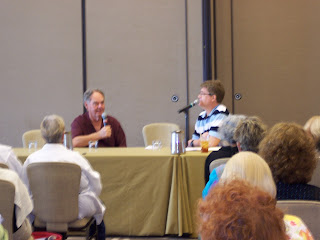 My shot of Clay interviewing Anne Perry isn’t much better. 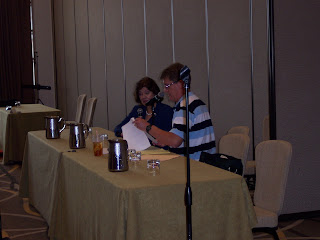 The Guppy lunch on Saturday turned into a half-Guppy lunch with a bunch of other people, but it was a good time. (I don't think you can see me. I'm the last one of the left.)

I wish I could remember all the people I connected with, but I failed to keep a journal and the days mushed together. There were those that I had befriended online that I got to meet for the first time, quite a few, and that was so good!

I’m leaving tomorrow for Killer Nashville. I’ve always wanted to attend this conference. Now that I’m living in Tennessee, it’s easy peasy! A two and a half hour drive down the road, and I’m there.

On Friday morning, I’ll be on a short story panel with some awesome writers. Our moderator is much-published Phil Bowie and the panel consists of me, Chris F. Holm, Robert Mangeot, and Suzanne Berube Rorhus.

My latest paperback novel, EINE KLEINE MURDER, will be on sale at the bookstore and I’ll bring others for consignment there.
I hope to have some pictures to share next week. Note to self: pack the camera! 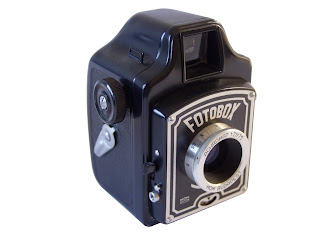 photo from morguefile.com
Posted by Kaye George at 4:00 AM 2 comments:

My new stuff from Untreed Reads!

In addition to DEATH IN THE TIME OF ICE, Untreed Reads published a brand new short story of mine this last week. For promotion, they’ll give you “The Bavarian Krisp Caper” if you buy it this month. The new short story is “A Fine Kettle of Fish” and is featured, along with the Neanderthal mystery novel, on Coffee Time this Thursday! 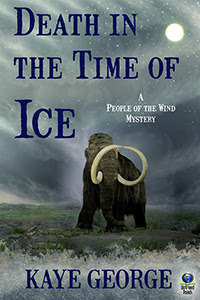 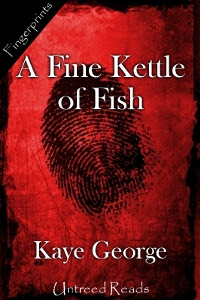 How to write a review

Every published writer writes about reviews. That is, their own reviews of their own works. I do that occasionally, too. In fact, my last blog was about a review I was very pleased with. I don’t like to hit people over the head with my reviews, though, so I don’t trumpet about each one. I guess this is because I dislike seeing all the notices of reviews in my networking streams. They’re not informative and there’s no reason for me to read them.

If I were casting about for something to read, I’m sure I’d feel differently. I would avidly read notices about reviews. If my To Be Read pile were less than 100 books, that is. (Those are physical books. There are more unread books and stories languishing on my e-reader.) 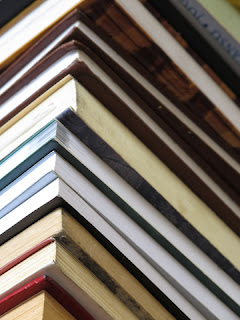 Every published writer who gets reviews also laments about the ones that aren’t favorable. Some of those bad reviews are legitimate complaints from the reader about confusing plot or character, or about an unsatisfactory ending, or about expecting one type of story and getting another. Some, on the other hand, are just sour grapes rants that have nothing to do with the quality of the book or story being reviewed. Let’s all discount that latter type! I’m sure most readers do.

I write reviews. Very seldom on Amazon or Goodreads, though I have a few there and hope to have a lot more in the future. My reviews appear in “Suspense Magazine” almost every month. I give my reviews a lot of thought. One thing I pride myself on is being able to read a book outside my comfort zone, or even in a genre I’m not interested in, and still be able to give it a competent review.

What are my goals for each of my reviews? They are to hook up the right readers to this work; to fairly and accurately stress the strong points of the project; to tell my review readers what the book is like so they can determine whether it will be a good read for them or not. If a reader of one of my reviews finds a new series or a new author--or a new stand alone novel--that they enjoy, my work has been done correctly!
Posted by Kaye George at 4:00 AM 3 comments: