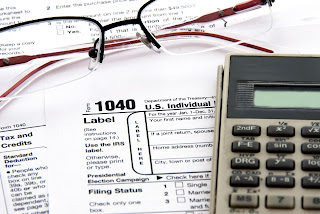 First off, I’ll say that the new tax bill does NOT affect anything for this year’s filing. And, for writers, there shouldn’t be much change next year. See the link near the end of this for an article on that.

As for this year, here’s my best non-legal annual posting of tax information. If you’re new to this, the first decision you have to make is whether or not you’re serious about writing. If you’re truly striving for publication and want to make money at it, you can file without abiding by the hobby rules, which prevent you from taking all of your deductions if you don’t make a profit 3 out of the last 5 years.

The factors the IRS uses to determine whether or not you are treating your writing as a hobby or not.

Pay close attention to the first two bullet points on that last page and repeated above. Keeping records is essential. Keep track of the time you spend writing and submitting, and all of your expenses, including mileage, office supplies, advertising, instruction, conferences, etc. Meals at conferences can only be expensed at 50% of the cost, since you would be eating even if you weren’t there. Write down your mileage every year on January 1st!

I recently found this site with good articles for authors. This one lays out the IRS points in the above publication and explains them in details.
https://www.thebalance.com/hobbyist-vs-pro-tax-guidelines-for-book-authors-2799859

This article from the same people, written October of 2017, give tax deduction tips for authors.
https://www.thebalance.com/tax-deduction-tips-for-authors-2799906 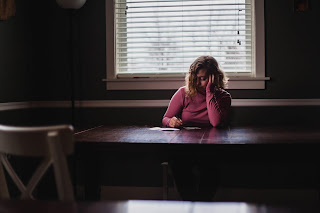 The IRS gives you a break as a writer, knowing that it can take years before you make money. You can report losses on a Schedule C for quite some time before the IRS will take a look at you because of Section 263(a)(h). See this article, which elaborates on the above:
http://taxsolutionsforwriters.com/2014/02/16/a-special-provision-for-writers-in-the-tax-law/
Cornell Law School explains this here:
https://www.law.cornell.edu/uscode/text/26/263A
Page down to (h) to see the section on authors, photographers, and artists.
IF YOU’RE USING A TAX PROFESSION, MAKE SURE THEY KNOW ABOUT THE WRITER EXCEPTION. Amazingly, many do not.

Here’s another detailed article on authors and the IRS: http://www.eclectics.com/articles/taxes.html
This one includes some forms to help you keep track if you don’t already have some that you like: http://www.artstaxinfo.com/writers.shtml

The company that posted the forms also has an article on what’s coming up next year for us:
http://www.artstaxinfo.com/tax_act_creative2018.shtml
They see no significant changes for writers next year—good news! 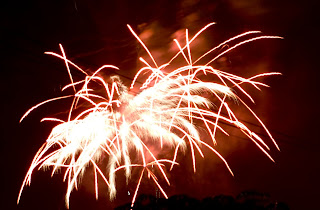 AND, finally, changes for this year from two different sources:
https://www.hrblock.com/tax-center/irs/tax-law-and-policy/tax-changes-in-2017/
https://www.fool.com/retirement/2016/11/27/5-tax-changes-for-2017-youll-want-to-know-about.aspx
Mileage will be 53.5 cents a mile, down from last year, and your standard deduction may go up slightly.

I can’t find a nice neat summary on the IRS site of 2017 changes, such as they had last year.

I hope this helps. Don’t lose out on loss deductions that you’re entitled to. And may you someday be declaring a profit! I made my first profit after filing as a writer for 12 years. A whole 3 figures.

tax forms from Dreamstime
woman writing from Good Free Photos
fireworks from morguefile
Posted by Kaye George at 1:00 AM 3 comments: 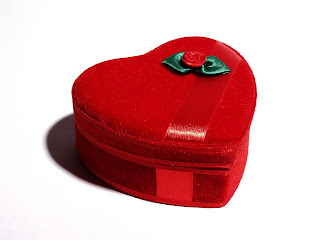 I hope you’re celebrating with someone you love today. If so, you don’t have time to read a blog, so I’ll simply wish you a Happy Heart Day!

I do love all my readers and online friends. Thank you for being here.

Some Research for People of the Wind

My most research-intensive series is the People of the Wind mystery series. Those are the books featuring a Neanderthal tribe and set 30,000 years ago. I took the artistic license of putting the tribe in North America. Aside from that, I try to make everything about them and the surroundings as true to life as possible. We don’t know everything about them, of course, but we’re learning more all the time.

I had to research every single step of the way, beginning with the climate and the appearance of the land at that time. I learned that much of the present day Midwest was an open spruce parkland with balsam poplar and quaking aspen, also mires, lakes, and ponds. The landscape looked much as Minnesota, Wisconsin, northern Michigan and parts of Canada look today. The trees growing then are those that grow now in the Rocky Mountains.  The summers were cooler then and the winters a bit colder. I was astounded to learn that the Mississippi River didn’t exist yet! This was the time before the advance of the last glacier to cover much of the Midwest. The Mississippi was created on its retreat. (1)

The animals that were around were very different. What are called mega-fauna, very large animals, mostly became extinct on this continent at around 10,000 years ago. Some of these were giant sloths, mammoths, mastodons, muskox (which are not extinct), stag-moose, dire wolves, short-faced bears, giant beavers, peccaries, sabertooth and scimitar cats, American cave lion, tapirs, and camelops (ancestor to modern camels), eve an giant version of bison, just to name a few. There were also very tiny horses that migrated to Asia and disappeared here until modern horses were brought here by the Spaniards.  (2) 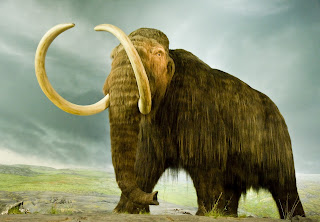 Then there was the task of creating the characters. I had to know what they might have looked like, what they ate, what they wore. I learned that they largely ate meat and only ate other things when it was unavailable. They would have had to have foot coverings and more than an animal skin draped across a shoulder to survive the climates they lived through. (They existed from 250,000 years ago to about 28,000 years ago—a long, long time.) It is likely they dried meat from one hunt until they got more. It takes more than a bit of ingenuity to bring down a mammoth when you’re about 5 1/2 feet tall.
(3) 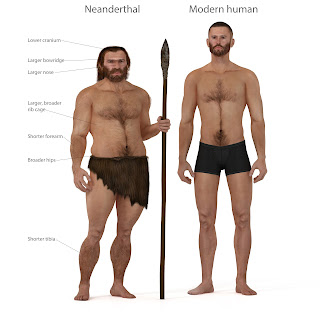 I researched if they could speak or not and, from there, what their language might have sounded like. That involved studying how babies learn to speak, how people with impediments speak, what early languages were like, and great stuff like that.

That’s not the extent of my research, just a bit of it, to give you an idea. Hope you enjoyed the post!

(1) http://www.esd.ornl.gov/projects/gen/nerc.html
(2) Ice Age Mammals of North America: A Guide to the Big, the Hairy, and the Bizarre Ian M. Lange
(3) Journal of Archeological Science 6/3/2009 “Energy Use by Eem Neanderthals” by Bent Sørensen.