I recently noticed two different articles on somewhat the same subject, both from the same publication, and was struck by them in juxtaposition. 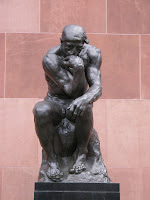 First, there’s this one showing how many people eat fruits and veggies, by state. My present state, Tennessee, looks pretty abysmal. Third for the bottom for vegetables and dead last for fruit! I hope your state does better.

Then there’s this article from last year on the state of the drought in one of our most productive places.

So, I thought to myself (well, who else would I think to?), maybe Tennessee is ahead of the curve. Maybe we’re trying to preserve what vegetables there are so everyone can have some. Yeah, right.

So, to console myself, I think I’ll heed this article. 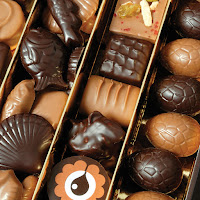 Until 2020 when we might not have that consolation any more.

All photos from morguefile.com 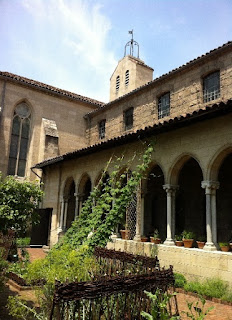 WHAT TRAVEL OFFERS US: AROUND THE WORLD IN MY HEAD
by Laurel Peterson

Thanks so much for having here, Kaye. I’m delighted to be part of your blog for the day.

A writer—too vague, I know, but I can’t remember who said it—said that one can spend a lot of money justifying one’s travel as a tax write-off. He was talking about researching his books, and I know what he means! My husband and I once spent a weekend in Atlantic City so I could research a book that was never published. On the other hand, I have written a collection of poems about art I’ve seen in Sydney, Paris, and Madrid museums that’s coming out from Futurecycle Press next year (http://www.futurecycle.org/index.php/en/).


The protagonist of my mystery novel Shadow Notes, Clara Montague, has spent fifteen years traveling around the world, looking at gardens because she is a landscape architect like her father, and because she and her mother had an (epic) argument after her father’s death. While sending her off into the world solved some narrative problems for me, it also offered an opportunity to use the places I’ve been (and the places I want to go) in my books. And no matter where I travel, I am drawn to the landscapes and the different ways in which people use their patches of earth. Starting locally, above are the rather perfect herb gardens at the Cloisters in New York City, which overlook a wide sweep of the Hudson River.

Last year, we were fortunate enough to be in France, where people garden like this: 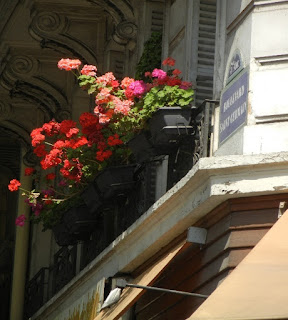 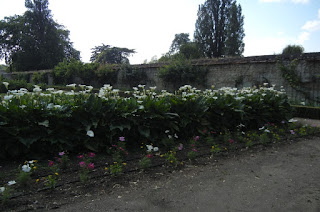 The window box is in Paris. The other is the cutting garden at the Chateau D’Useé or Sleeping Beauty’s castle (where supposedly the story was written) in the Loire Valley. I love the color combination in the window box, and the idea of having an entire row of calla lilies just to cut for flowers for the house? Heaven!

But travel is expensive, so I indulge my obsession by reading books about travel: I’ve just finished Robert MacFarlane’s The Old Ways: A Journey on Foot¸ although I can’t imagine Clara, a luxury hotel kind of girl if there ever was one, trudging through the wilderness and sleeping in sheep shelters. (Where’s the blow-dryer??) But MacFarlane opens up the world on an essential level, a level that makes me think about soil composition (chalk, granite, clay), snow, ice, and the paths formed by generations of walkers across the land. He suggests that “the places we inhabit shape the people we are”—rather than the other way around. Certainly, the places I’ve travelled have shaped me, hopefully making me more tolerant, curious and observant, and reminding me (and Clara) that those people are really my people.

Related to that, I think the greatest charm of travel is that it makes me other; I don’t belong so there’s a sense of disorientation, of discovery, that just around the corner I am going to see something I have never seen before—and how cool is that? If I can communicate that internal emotional journey for my readers, I think I have succeeded. And perhaps, saved myself a bundle of money, tax-write off or no.

Why do you travel? How do your travels relate to your writing—or do they? I’d love to hear from you, and thanks for reading.

Meet Laurel and find out a bit about her new book. 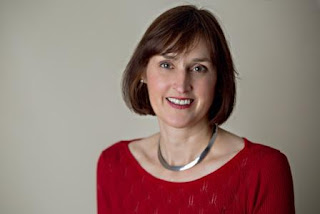 SHADOW NOTES
by Laurel S. Peterson
Clara Montague’s mother Constance never liked—or listened—to her but now they have to get along or they will both end up dead. Clara suspects she and her mother share intuitive powers, but Constance always denied it. When Clara was twenty, she dreamed her father would have a heart attack. Constance claimed she was hysterical. Then he died.
Furious, Clara leaves for fifteen years, but when she dreams Constance is in danger, she returns home. Then, Constance’s therapist is murdered and Constance is arrested.
Starting to explore her mother’s past, Clara discovers books on trauma, and then there’s a second murder. Can Clara find the connection between the murders and her mother’s past that will save her mother and finally heal their relationship? 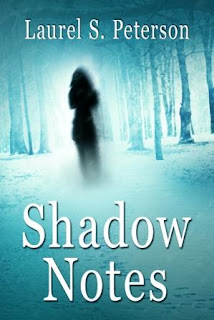 Laurel S. Peterson is a Professor of English at Norwalk Community College. Her mystery novel,Shadow Notes, was released by Barking Rain Press in May 2016. In addition to writing mysteries, she has published two poetry chapbooks, That’s the Way the Music Sounds, from Finishing Line Press (2009) andTalking to the Mirror from The Last Automat Press (2010), and a full length collection, “Do You Expect Your Art to Answer You?” will be released by Futurecycle Press in 2017. In 2016 – 2017, she is serving as the town of Norwalk’s Poet Laureate. She also co-edited a collection of essays on women’s justice titled(Re)Interpretations: The Shapes of Justice in Women’s Experience (Cambridge Scholars Publishing, 2009).