The All Mystery Newsletter is back!

I'm very late posting today, but I have a good scapegoat--some medicine that says it will make me sleepy. It's living up to its promise.

Meanwhile, I am absolutely thrilled to report that Rebecca Dahlke has decided to resurrect her newsletter.  A mention on this publication in its last incarnation gave me the biggest bump in sales of anything I've tried. I hope it keeps going for a long while now!

Since I'm going to give in to the medicine any moment now, I'll be brief, but will mention that I'm a guest on two very different blogs today. I'm talking about pigs and other pets at Killer Crafts and CraftyKillers and about short stories vs. novels at Sheila Boneham's blog. This last one was mistakenly advertised last week here, but it's up now!

This is a neat cross between fantasy and suspense, with romance overtones thrown in. The duo of Samantha Brennan, fake psychic, and Annabelle Haggerty, FBI agent/real Celtic goddess make their second appearance here. The first, “High Crimes on the Magical Plane,” was nominated for a 2010 Lefty for Best Humorous Mystery Novel.
It’s a stretch to call these books mysteries, since there's no murder in this one, but they sure are fun and there's a lot of mysterious stuff. A good bit of suspension of disbelief is needed, but you can tell that, right? An aging rock star, who may be some sort of supernatural being, or not, hires Samantha to be his personal spiritual advisor for his upcoming tour: Sex, Drugs, and Rock and Roll. It pays well, so she flies to Sedona for the kickoff concert. However, that first concert is going to be a benefit for an onerous person, Normal Frankly, who has been accused to trying to kill a senator and is holed up with his personal militia and some hostages. Two gangster-types accompany Sam and the rocker on the private jet trip to and Sam can’t tell who’s in charge, the bodyguards or her employer. Her old nemesis god, Angus, the hunk she can't resist, tests her resolution and muddies the waters.
Sam soon realizes she’s receiving signs when sticks a tongue out at her. The reader becomes privy to the thoughts of the Area 51 creature as a harmonic convergence that will be accompanied by a full moon approaches. The creature and others are determined to make use of this phenomenon, but Annabelle seems to have lost her powers and needs Sam to help her through the event. Some are putting the harmonica-thingie, as Sam calls it, to good use, some plan evil deeds. But which group is which?
It’s hard, at some points, to see how Samantha is going to land on her feet in the end. A whole lot of subplots converge in Sedona for the thrilling climax of this magic-studded read.

Tomorrow, the 19th, is a new moon. I don't study moons and stars, so I don't know what it means, but I'll pretend it means time for new things.

First New Thing: Did you know that I can autograph your e-book for you? From here? Just go to  my Kindlegraph page and click on a cover. The old cover for CHOKE might still be there, but it'll take you to the new edition.

If you don't have a Kindle, you can still get an autograph! When you're asked for the email address of your Kindle, just put any address you want and you will be able to download the autograph in any format, such as PDF.

Second New Thing: I've written a lot of short stories, and even gotten a fair number of them published. But I've recently been asked to JUDGE a short story contest by the Mary Roberts Rinehart Chapter of Sisters in Crime based in Pittsburgh, Pennsylvania. How cool is that? There are three of us judging, and I'm honored to be in their company. The others are David Shifren and Laurie Stephens. David has been a film reviewer, short story and novel writer, and teaches at Seton Hill. Laurie has experience in school and public libraries and is the new owner of the award-winning Mystery Lovers Bookshop in Oakmont, PA.

Third New Thing: I'm starting work on a brand new series that may materialize or may not, but I'm very excited about it! IF it comes to fruition, I'll be announcing it here. 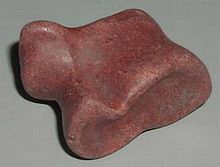 I started to write about gambling, but got sidetracked by the fascinating (to me) history of dice. Did you know that a 5000 year old backgammon game was found in what is now Iran, complete with dice? Dice and dicing figure in very old Indian and Hindu texts. The Bible mentions "casting lots", so they were there, too. Women and children threw knucklebones to gamble in those days. I'm not quite sure how that would work, but it apparently did. The "knucklebones" were made from the ankle bones of horses. Someone thought an ankle was a knuckle, I guess. 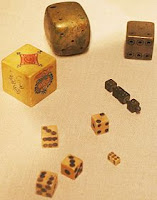 Dice have also been made of wood and ivory and, today, plastic. They've had several different shapes, too, but the six-sided one prevails.

It's interesting that the pips--the dots--are arranged differently on Asian dice. They're closer together than on Western dice. Is that because Asia is more crowded and they pull everything in tight? Probably not.

I remember my sons playing with these odd-shaped dice. Maybe they were for Dungeons and Dragons.

As for gambling, I was going to talk about what a gamble it is to write a book, but maybe I'll do that another day.

A lot of my info and all of the pictures are from http://en.wikipedia.org/wiki/Dice

PS. I'm a guest at two blogs today: Kristi Belcamino and Sheila Boneham. Come on by! 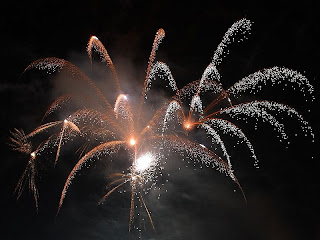 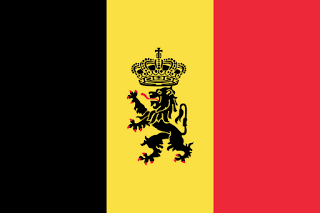 Happy Fourth!
Posted by Kaye George at 4:00 AM 1 comment: