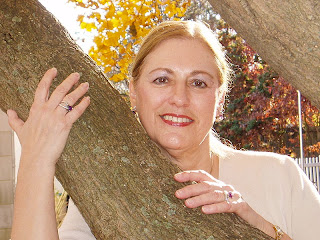 I'm welcoming Marilyn Levinson to my blog today. We've known each other online for a long time, and we even roomed together at Malice Domestic the last couple of years. She's experiencing a great deal of success lately! 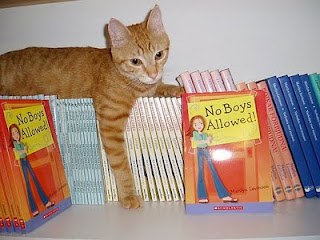 Marilyn is the author of the enduring children's books, AND DON'T BRING JEREMY, NO BOYS ALLOWED! and RUFUS AND MAGIC RUN AMOK. She used to teach high school Spanish, and is married with two sons. Just recently, success has bombarded Marilyn in the form of two new mysteries, soon to launch.
You can visit her at http://www.marilynlevinson.com/
KAYE: Can you tell us about the two new books?
MARILYN: Both mysteries take place in Suffolk County on Long Island, New York, though you’d have trouble finding the communities and villages mentioned because they don’t actually exist.  In A MURDERER AMONG US, which debuted June first, Lydia Krause moves to an upscale retirement community, where she reveals a resident’s criminal past and sets off a series of homicides.  In GIVING UP THE GHOST, Gabbie Meyerson takes on a midyear teaching position in a village above Long Island Sound.  She discovers she’s sharing her cottage with the the village’s bad boy’s ghost, who insists that she find out who murdered him.
K: A bad boy ghost--love it! What are some of the ways that writing for children and writing adult mysteries are different? Ways they're the same? 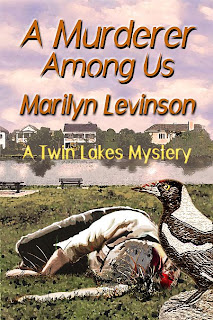 M:  When I’m writing a novel, I get into the head of the main character, whether it’s first or third person, child or adult.  In every novel, the protagonist’s emotions, reactions, and decisions are what drive the story.  The characters in my mysteries are adults and lead more complex lives.  They have pasts, secrets, and romances.  These all interplay to make for a more complex read.  My juvenile protagonists have their own issues, strengths and faults which drive the plot.  They must appeal to young readers and be savvy enough to come up with solutions without the intervention of parents and other adults.
K: I've noticed you have two different publishers for your new books. How did that happen?
M:  I had no idea epublishers responded so quickly when they wanted to publish a novel.  I was used to my agents not hearing from publishers for months after their submitting a manuscript.  I decided to send out two different manuscripts to two different publishers within a week or so of one another.  Uncial Press took GIVING UP THE GHOST a few weeks after I’d sent it to them.  I heard from Wings ePress regarding A MURDERER AMONG US ten days after that.
K: Your mysteries are being published both as paperback and digitally. Do you read both?
M:  My house is like a library; it’s overflowing with paper books, and I’m lagging behind playing catch up.  But I do intend to buy an ereader and read books on them.  Reading ebooks is here to stay.
K: Having an ereader hasn't helped me cut down on paper books, so good luck.What have you done to promote these books?
M:  I’ve been guest blogging, getting reviews, and tweeting a bit about A MURDERER AMONG US.  My other mystery won’t be out until next spring, so I haven’t done anything regarding it yet. I’ve updated my website, and have begun to write my own blogs again. AND I’ve printed up business cards with all the info about A MURDERER AMONG US on it -- where people can buy it, etc. I’ve joined Murder Must Advertise, I’ve taken courses on marketing, and I learn daily from my fellow writers like you.
K: What have you done to celebrate?
M:  Who has time to celebrate?
K: Can you tell us yet how to pre-order either or both of the books?
M: Only A MURDERER AMONG US is available now.  You can purchase it as http://wingsepress.com; Amazon.com: http://www.amazon.com ; and Fictionwise:
http://www.fictionwise.com  All this is on my website: marilynlevinson.com.
K: You've been active in some writers' organizations. Can you tell us which ones you belong to? And be sure and say something about your new  Sisters in Crime Chapter!
M:  I belong to Authors Guild, Mystery Writers of America, Sisters in Crime, the Guppies, and Romance Writers of America.  I’ve been active in the Long Island Romance Writers, though I don’t write romance.  Which is why, after attending my first Malice Domestic Convention in 2010 (the year my mystery MURDER A LA CHRISTIE finaled in the Malice contest) I decided it was time to start a Sisters in Crime chapter on Long Island.  I asked my friend, Bernardine Fagan, to help me co-found the chapter.  With help from Guppies such as Teresa Inge, Sandy Parshall, Meredith Cole, and, of course, Beth Wasson, we made up a list of mystery writers on Long Island and invited them to attend our first meeting, which was in August of 2010.  Hank Phillippi Ryan kindly offered to be our first speaker, and did she wow the large group at Sachem Library in December.  Since then we’ve had a variety of meetings.  This month Reed Farrel Coleman spoke to us, and Liz Zelvin’s coming in October.  We’re a fun, informal group, and each month we acquire more members. Starting this group was one of the best, most enjoyable thing I’ve done in my writing career.
K: What's next for you? Are you working on getting more books with these same publishers? Are you working on a mystery now or a children's book? Or both?
M:  I’ve written a sequel to A MURDERER AMONG US, which I hope to have published soon.  I’m finishing up a mystery, MURDER THE TEY WAY, which is a sequel to MURDER A LA CHRISTIE.  I’m not sure who will be publishing this series.  My children’s book agent has a few manuscripts out with publishers.  What I’d like to do next is put up some of my out-of-print children’s novels up as ebooks.  And I plan to write more books, both adult mysteries and books for kids.
K: Your plate's full! Thanks for being here today, Marilyn, and best of luck with all your books.
Posted by Kaye George at 5:00 AM