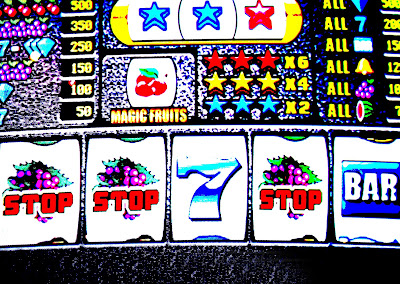 This theory, which I first wrote about in October 2009 and repeated her in July of 2015, is for writers who want to be traditionally published and are submitting, either to agents or small presses. I stole this from someone and can no longer remember who, but if someone wants to take credit, I'll gladly give it. Any if someone else can state it better, that would be good, too. This is a little long winded.

First, I'm assuming your project is as good as you can make it. It's as good or better than what's on the market and it's ready to be published. You're sending out queries and collecting rejections and wondering if you'll EVER reach your goal.

As a querying writer you have your own, individual magic number. You don't know what it is, but it is written in stone somewhere. It's the number of queries you must send out before you land that elusive agent, the one who "falls in love" with your work and then manages to get it sold for you, or the publisher who eagerly accepts you into the fold. (An agent who can't sell your work, necessitating getting another agent, is a pre-agent, and doesn't count. Only your "real" agent, the one who sells for you.) When you send out the query with the magic number on it, you're set, done, reached your goal. (Until you go on to the rest of the stuff, marketing, promotion, guest blogging, which are just as hard, only different.)

You may lose patience and try another route, self-publishing. Keep in mind that it may help to get the big agent and the big publishing house if you publish something with a good small press. That’s what worked for me.

Another writer, Lina Zeldovich, has a similar theory she calls Stairway to Heaven. Every rejection letter builds her stairway and gets her closer.

Either way, don't view rejection letters as marks of failure, but rather as marks of success.

I hung on for 10 years getting hitting my magic number. It turned out to be 468. There's something symmetrical about that for me. I now have had 10 books published.