I have way too much news for one writer in one week. But I’ll try!

I got a new account open for my Kaye George writing business, with a minimum of fuss. Love the Y12 Federal Credit Union. It’s named for the Y-12 National Security Complex, also known as Oak Ridge, the place where the nuclear bomb was developed. There’s no nuclear activity at the site today, but there’s a great historical tour you can take if you ever visit in the area.

Now, to the writing stuff! 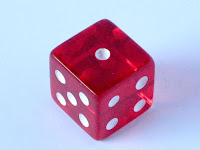 First, the galley proofs for EINE KLEINE MURDER are finished and turned in, ahead of deadline! Barking Rain Press is working on my cover and the preliminary one is gorgeous! The publisher is also creating an ad for the Malice Domestic program for the three BRP writers who will attend this year, me, Tace Baker, and James M. Jackson. We’re going to have so much fun there this year! (Have I mentioned that you can read the first four chapters, free, here?) 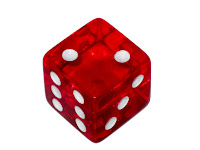 Second, big news! Untreed Reads will publish my Neanderthal mystery! (My other UR works are here, some published by UR, some distributed there.) I’ve turned in cover ideas and now need to gather together the names I need to put in the acknowledgements. This project has taken many turns and had a lot of help for a lot of people. I need to thank all of them! 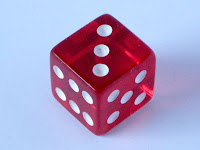 Third, Untreed Reads will also publish a short story I submitted called “A Fine Kettle of Fish”! This is a story I worked on for the second Guppy anthology. After a rewrite to take out a part that the UR people weren’t fond of, it has found a home.

Non-writing news:  We were going along so well in the new house, until we decided to have a heating and air company do a
routine inspection/maintenance on our furnace last Friday. The technician found the heat exchanger full of large holes! They’re clearly visible, I’ll have to admit. He was obligated to turn off the unit until the heat exchanger is replaced. Sooo, we called the home warranty people. After an additional phone call, they agreed to send someone on Saturday, since our weather is dipping below freezing at night. The guy came and said a part would be ordered on Monday--AND would take 2-4 days to arrive. A week without heat, in freezing weather! In fact, it has snowed here every day since then. We had, luckily, unpacked our space heaters. We had 4 of them. One overheated and quit working, so we tossed it.

I called Tuesday to check on the status of my work order. Nothing had been done! The guy who came out Saturday didn’t turn a report in to anyone! Yikes! I got a responsive (I hope) person from the home warranty company on the phone. She’s supposed to try to expedite the shipment of the part. We’ll see.

I can get my office toasty warm if I crank the little heater up high enough. I’m kind of scared to, though. We’re eating out and shopping a lot.

Please send warm thoughts our way. We went and bought new space heaters today, ones that we hope won’t short out and quit.