Guest blogger Shelly Frome: The Hunt for the Elusive Agent 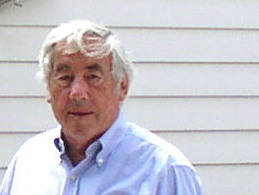 I'm thrilled to have Shelly Frome here today! (I've had such terrific guests this week--and another one tomorrow, so come back.)

He's discussing a topic so many writers agonize over: the agent search, and his recent experiences. Here's a bit about him: 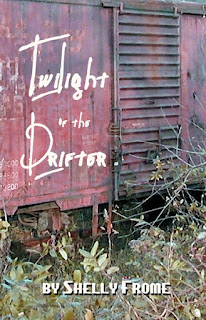 A Professor Emeritus of dramatic arts at the University of Connecticut, Shelly Frome is a former professional actor and theater director.  Mr. Frome's writing credits include a number of national and international articles on topics such as acting and theater, profiles of artists and notable figures in the arts. In addition, Frome has written books on theater and film and mystery novels.

And now, his article:

It goes without saying that after you peruse a writers' guide like Jeff Herman’s key to knowing what literary agents want, you still have no real idea who they are and what they’re looking for. At best, you have a list of categories he or she will consider and are not interested in. Moreover, the information may be dated.

Back to square one. For starters, any and all top flight agents open to submissions are shopping for a property they can sell. At a writers' conference in a panel of agents always claim if you’re in possession of a remarkable story, you’re well on your way. Translation: if the novel has been vetted by a reputable editor or fellow writer who understands the nature of the business and has been polished, you may stand a chance. What they also mean is by attending the conference you’ve bypassed the  fruitless process of adding to the 200 blind e-mail queries their office receives each working day. Plus, as noted in Herman’s guide, they only pay attention to writers they’ve either met at a conferences or who’ve been recommended by either a client or someone they know and respect.

But, still and all, what do words like “remarkable story” mean? It certainly doesn’t help to look at the best-seller list with its smattering of poorly written material mixed in with some notable work. You can attend a conference of your choice like the one in and look for a match for your genre or mainstream effort. But after studying the conference program carefully, you’re up against those words again:

“I’m looking for a strong voice, sure writing, an inventive story and characters with depth. I want to be surprised, engrossed and delighted.”

“I want to be captivated immediately.”

And even if you attend a workshop like, say, Larry Brook’s gauge to a marketable product, even if you attend all three of his ninety-minute sessions at the Willamette Conference in Portland—even if you hold his guidelines up against your own “product,” you still have no idea how inventive it is and how immediately engrossed, captivated and delighted any given agent will be.

So what we’re really talking about is a step-by-step fishing expedition. If you’ve gone to the trouble of putting your manuscript through the proverbial mill and wonder whether you should just hand it over to your independent publisher or whatever; or would rather try your hand at breaking into what Brooks calls “the professional ranks,” the only thing for it is to pitch. That is, boil down the essence of your work face to face with the agent or agents who seem appropriate, compete with all the others who have the same idea, and see what happens.

In my personal experience, at this stage of the game you’re given one to three strikes. If you hit it off and they ask for anywhere from the first 10 to 50 pages and subsequently discover you not only make a good impression but you can also write, so far so good. However, even if you pass the first two obstacles and they really like your work and feel it’s destined for success, if they don’t ABSOLUTELY LOVE IT (one agent’s caps, not mine), you’re left with feeling good about yourself and the sure knowledge you’ve  struck out. Which, supposedly, would still make you want to carry on.

During my own fishing venture, I’ve had four responses. A Hollywood agent dealing exclusively with novels to film cut me short. In no uncertain terms he declared “as of the present moment anything alluding to is not trending.” As for three other encounters, one shy young lady e-mailed that I’m a nice guy and a terrific writer but she’s not absolutely smitten by my first 20 pages. A very personable woman informed me that I’m very memorable, it was great meeting me, she likes the first chapter and wants to read the next 50. A laid back gentleman just wrote that he never received the first 10 pages I sent three weeks ago and he wants me to try again.

I haven’t yet heard from the four others and I still have no idea what words like “I want to be captivated immediately” mean.

As they used to say in the old Saturday morning serials: to be continued.

You can find Shelly's work on Amazon.