The Job of a Writer

I’ve wanted to write this in the weeks leading up to this election, and now is the time, I believe. Fellow mystery writers who never venture into politics for fear of alienating readers are angry enough to venture out of that place and express themselves. 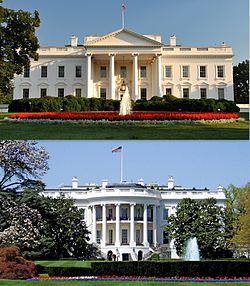 If you follow me on social media, or anywhere, you know that I’m not reticent about politics nowadays. That’s because the issue isn’t really political, not one of party or affiliation. It’s one of humanity, social justice, and basic decency. All of which are being stomped upon by the occupier of my White House. Our White House.

Most writers do, at some level, believe in giving voice to the voiceless. In advocating for equality and justice for every single person in the USA. That’s just the basis for being a human. We’re all in this together and our main job, as I’ve always seen it, is to help each other out in any way we can. What kind of person you are has no bearing on whether you deserve to be treated fairly and decently, and no differently than anyone else.

Fellow mystery writer Eve Fisher expressed this eloquently last week and I’d love to link you to her thoughts. They were prompted by the truly horrifying encouragement of a white hate terrorist group by the occupant of my White House. Even more terrifying, I realized when I read her thoughts and research, are the number of hateful people in this country who belong to groups that exist solely to exclude and do harm to others. I just never knew there were so many.

Let’s hope that we can move forward. First, that we can rid our country of the cancer of hatred that has festered for four years unchecked by the other branches of government: The Senate, because they are either afraid or beholden to the occupant of my White House; the House of Representatives because their efforts have been systemically blocked, to the detriment of those the Senate is supposed to represent.

Let’s also hope that there’s a return to the ideals and ways of thinking that make it clear that publically elected officials are public servants, first and foremost.