We’re so pleased with our new yard! We like the house, too, but the yard is spectacular. When I looked at the house in October, and again in December for the closing, I thought it was a mess. The fact that the lot backs up to some woods, and the fact that the street is not a through street and is a good one for walking outweighed the fact that the yard would have to be gutted and redone. But wait! 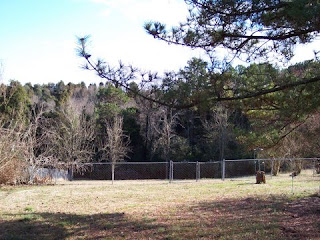 First, a host of golden daffodils sprang up. A host in the front yard, another host in the back yard, and several on the side of the house. I had to leave for a month, but some were still blooming when I got back. 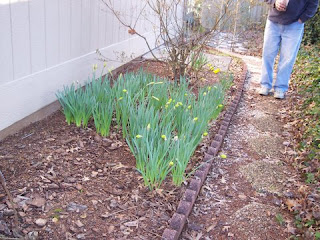 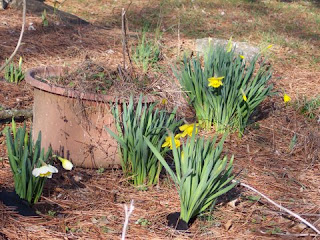 Next, an ugly, black, mold-ridden stunted gnarly tree (I know, too many adjectives) burst into brilliant flaming flowers. 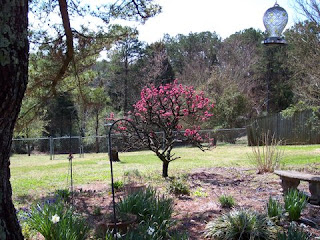 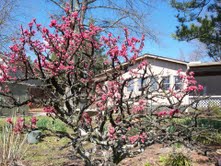 I think the tulips may have been next. They bloomed one color at a time. First red, then yellow, then white. Eventually some pink ones appeared also. 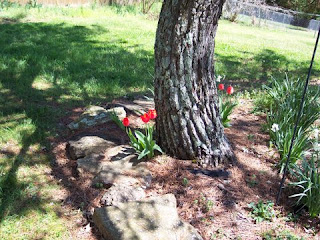 Violets sprang up all over the yard. 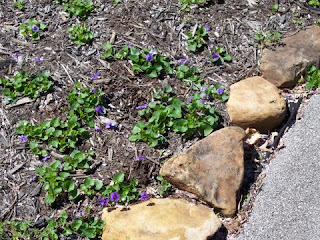 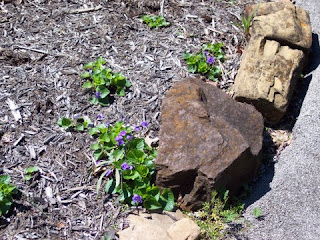 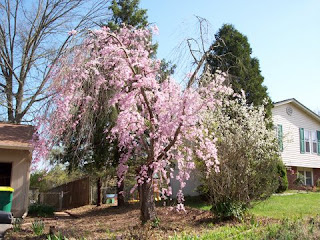 Another ugly tree that I thought we’d have to take down became a splendid weeping cherry, a tree I had never heard of, but which abounds in Eastern Tennessee. 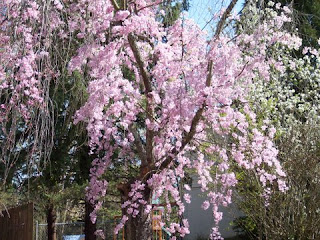 For sure, we would have to take down this horrible huge stump in the back. 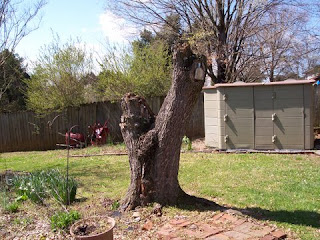 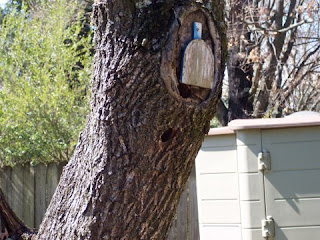 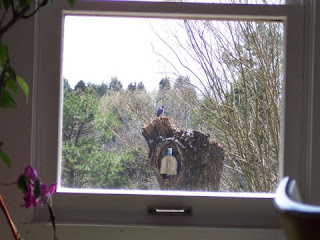 As an aside, a forsythia (one of several) and a crabapple (I think) joined in the blossom fest. In the gnarly tree picture above you can see the sun room and the screened-in porch beside it. Those are our vantage points, depending on the temperature. Lovely! 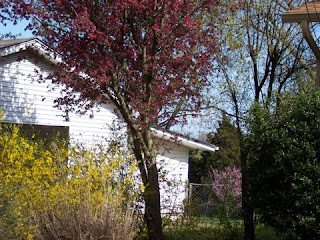