This will be much easier next year, but I thought I’d try it now, too. Next year I will have my Good Things Jar to supply me with a list of all the good things that happened to me in 2013. Now I’ll rely on my “attagirl” file, where I stick those sorts of things. 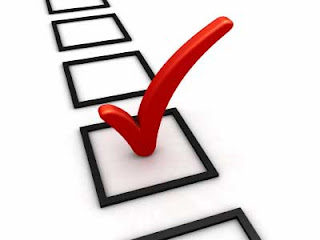 Here are the best things to come my way, as a writer, in 2012. I can’t seem to rank them, so there’s no particular order here. I will say that I’ve cut this down because 2012 was a tremendous year for me. After over 10 years of toiling away in the trenches, I’ve become an overnight success.

1) Signing with Kimberly Lionetti at BookEnds LLC and being able to say I’m agented.
2) Securing, through my agent, a three-book contract with Berkley Prime Crime.
3) SONG OF DEATH, retitled, EINE KLEINE MURDER, accepted by Barking Rain Press
4) Agatha nomination for Best First Novel for CHOKE.
5) Invited by Katherine Tomlinson of Dark Valentine to submit a story to the anthology about the end of the world, NIGHTFALLS. My story, The Last Wave.
6) Invited to write a story for SEEDS, online newsletter for Texas Gardener Magazine by Michael Bracken, the King of Short Stories. It will appear 1/23.
7) Kevin Tipple, an independent reviewer, chose A PATCHWORK OF STORIES as one of his BEST READS of 2011.
8) Rosa St. Clair, a reviewer for the Miami Examiner, said my writing reminds her of Dickens, one of my favorite authors. She also named CHOKE as a special recommendation at the end of her top 10 list of 2011 novels in January.
9) Asked to judge a short story contest for the anthology for the Mary Roberts Rinehart SinC chapter.
10) Featured in November issue of Suspense Magazine

Being asked and invited to do things blows me away. I’ve also been asked to blurb some mystery novels and have gotten incredible emails and reviews from people who like one book or another. Some library and book groups have invited me to speak and I’m almost over my stage fright at these events. I feel like Sally Fields sometimes, but isn’t that how all we writers feel? We’re amazed when people like our writing? Or is that just me?