Presentation on Series vs. Standalones

STANDING ALONE OR GOING TOGETHER: WRITING A SERIES VS. A STANDALONE: Behind the scenes for my presentation at the Authors Guild of Tennessee a few weeks ago. 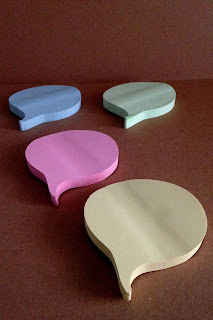 Here’s the speech I prepared. I didn’t stick exactly to it because I got lots of participation—Yay! The parts that are bolded are for my benefit, so I can glance at the paper while I’m speaking and not have to read the whole line.

I had 20 minutes, so I prepared this at 15 minutes and counted on input from my fellow writers, which, as I said above, I got.

I write short stories as standalones and as series, in a few cases. But in novel writing, I have much more experience in series writing, so I’ll start with that.

Here are the many ways you really should plan, many things you should think about when writing a series:

SERIES
WHAT’S INVOLVED
--continuing characters; which POVs to use; make sure you have a strong enough cast of interesting and varied characters to carry them through several books.
--setting; stationary or moving around; if moving around, what will tie the locations together
--what will hold the series together; theme, occupation, setting
--how many books the series will run; though this is sometimes impossible to tell
--clever or intriguing/beguiling series title; titles of the individual books, tying them together

--series are popular in fantasy, sci-fi, supernatural, dystopian, YA, and mystery. SOME OTHERS?

specific for mysteries:
--who will continue; who will not (victim and killer);
--varied murder methods, or similar ones?
--mysteries are MUCH easier to sell as series
--It’s considered desirable for readers to be able to pick up the series anywhere along the way, then to fill in with previous books, without spoilers. This can be tricky to write and you have to be careful not to kill off anyone who will be missed in the future. This also applies to the villain, unless you have a continuing villain. You also cannot have serious suspects appearing in subsequent books, so you have to have a LOT of throw away characters.
SERIES AS STANDALONES—ANY OTHER GENRE THAT DOES THAT? (Harry Potter)
A GENRE THAT USES A SERIES THAT HAS TO BE READ IN ORDER?

PROS
--In some of the sub-genres of mystery, series are preferred
--Even in other genres, eg. nonfiction, a series is sometimes called for
Ex: True crime, business rules, life goals
In other words, if you write a really good book, people will want another       one.
--Your series name (or similarity in titles) will be what brings readers back.
--EXPECTATIONS: You will probably want to continue with the same general plot structure since your readers will expect it. You’ll set up the readers’ expectations and, if you want them to continue to buy your series, you’ll have to satisfy those hopes.
--The reader knows what they’ll get from one of your series books.
--Story Arc: You can continue a story arc across the series, for many books
--I find it very nice to receive a 2 or 3 book contract rather than a contract for just 1.
--It’s easier, over a series, to delve into different aspects of your MC, even different aspects of minor characters, to deepen and develop the characters, the narrative and to interest the readers.
--If you’ve built this world, it’s fun to use it again and you have a familiar setting you don’t have to recreate.
--It’s a luxury that you can explore relationships between different characters in different books.
--If you’re writing an epic journey, you have lots of room to complete it. Eg: the Hobbit Books

CONS
--The writers often get tired of their main characters and feel they must keep writing them.
Agatha Christie got sick of Hercules Poirot and Arthur Conan Doyle got sick of Sherlock Holmes.
Christie was able to kill off Poirot, but Doyle killed off Holmes and had to resurrect him!
--You must be very careful to continue the mood and tone throughout the series. If you are writing other things at the same time, or between books, this can be hard. You may need to reread parts of all of you earlier book or books.
--Make sure you’re not writing a series that could have been one book.
--It’s like having a dinner party and, after the dinner, the guests don’t leave. They stay and expect more. And more. And more.
--Your readers will expect another book fairly soon. You MUST keep writing the series.
--Using continuing characters creates a problem in that, each time you introduce the characters in each book, you must tell the reader who those characters are. You must not bore the reader who already knows them, but you must not mystify the reader who has never met them.
--You must be careful not to continue a series after you’ve exhausted it.
--If your story isn’t strong enough, it might not merit even a second book and your readers won’t appreciate that.

NEUTRAL
--One site I consulted, Writers Edit, suggested that they sell in equal numbers, that neither series nor standalone is more popular overall.
--Your writing style and subject matter may tell you which you’re better suited for. Most people do one of the other, I think. OPINIONS?
--You might consider a spin off or a companion book as an in between measure.

STANDALONES
WHAT’S INVOLVED
--Title to make the reader pick it up
--Point of view; which and how many
--You’re free to structure these any way you want to. Since there will be only one, but plotting can be way out of bounds for your genre and you’ll be hailed as an original
--While there ARE popular standalones that don’t have developed characters, you’ll do better if you do create real, life-like personalities to carry your story.

PROS
--there’s a freedom in the roles assigned; you can make anyone at all the killer, even the narrator
examples: The Murder of Roger Ackroyd; Murder on the Orient Express (although this involves a series sleuth, Hercules Poirot)
--Your name on the cover will be what brings readers back.
--This is like having a dinner party, concluding it, and having the guests leave satisfied. But ready for you next dinner party, should you throw one.
--You get to build a new world for each book.
--You can relax a bit before starting a new book, since it doesn’t follow another one that built up hope in the reader.
--If you only ever want to write one book, this is the way to go.
--You’re creating unique and different characters that can fit only this story, this time, and this setting.
--Mystery, romance, romantic suspense, horror, and crime can often be a perfectly good standalone. OTHERS?
--In this one book, you’re doing your very best for these characters, this setting, and this theme. You can pack it all into one tidy, dazzling package.
--You can test the waters with a standalone. It may be that the publisher and the readers want more, so it can give you an opportunity to continue and built on this one book for a series, or at least a sequel.

CONS
--You can’t build on these for future sales. Each one will stand or fall on its own. Stand Alone, after all, right?
--Story arc: It has to be completed within the confines of the covers of this book.
--You don’t have as much room to develop rounded characters. There’s a temptation to use stereotypes, but that won’t net you good reviews or sales.
--You must build a new world for each book.

HOW TO DECIDE
CONSIDERATIONS
--If the book is wildly popular, the publisher and/or the public may demand more. So, should you always plan for the possibility?
--Is your story too big for one book? You might have to tell an episodic story, one long story told over several books. Not really a series, but multiple books to hold the complete story.
REFERENCES:
https://writersedit.com/fiction-writing/the-essential-guide-for-writing-a-series-vs-a-standalone-novel/#Publishing-Considerations

https://writershelpingwriters.net/2012/01/series-vs-the-stand-alone/
most of the help is in the comments here

http://gillianeberry.blogspot.com/2013/04/series-vs-standalone.html
Another one with lots of good comments