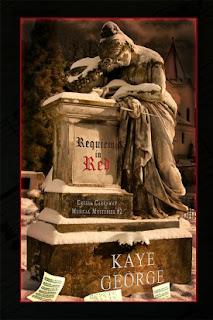 PS. The Goodreads giveaway for the first in this series, EINE KLEINE MURDER,  ended last night. If you didn't win a copy, stay tuned for a giveaway of this one, coming soon!
Posted by Kaye George at 1:00 AM