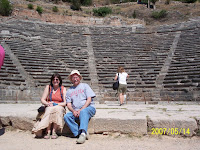 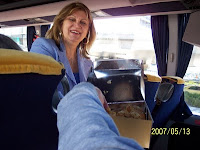 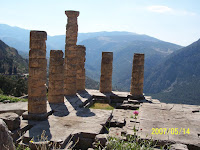 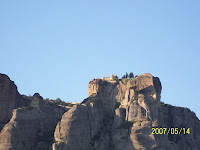 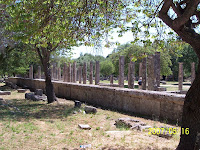 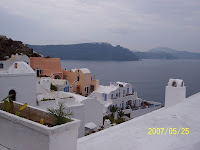 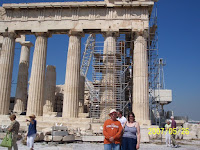 The big finale (after many other stops I'm not including here) was the Parthenon at the Acropolis in Athens. I was surprised to learn that most ancient Greek cities had Acropolises (Acropoli?), and we visited several others. Almost everything you see in Greece requires lots of going up and down so, if you haven't gone and you're planning on it, get in shape! (Excuse my outfit--it was hot!)
Posted by Kaye George at 10:38 AM