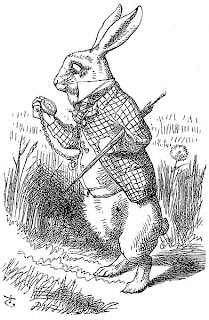 Clichés, axioms, truisms--they're there because they're true. I shall demonstrate.

First, though, let's give a nod to Celebration of the Senses Day, which was the 24th. Know how I celebrate the Senses every time I write? Right! By including them in every scene that I can. We always use sight and sound, and smell and touch aren't too hard. Taste is the hardest for me to work in and it doesn't happen in every scene. But one of my edits is always done for that before publication. The more help I can give readers, the more chance they'll be there with me, right where I want them. Do you do this?

Now to the haste makes waste.

I loaded all the files for my trade paperback edition of CHOKE and they looked good. But, just to be safe, I took the time and ordered the proof copies (5 is the max you can order from Createspace and I can always use them for reviewers and such). They take a few days to arrive, which seems like forever after doing digital publishing.

Lo and behold. What you see in the template document is backwards. You see page 1 on the left, but really it's on the right. So I started with a blank page. You turn it and my title page was on the left! Not good.

So I fixed the file. Yeah, I fixed it. I deleted the last blank page and added one at the front. Then, because I knew it was right, I published it and ordered 10 copies. 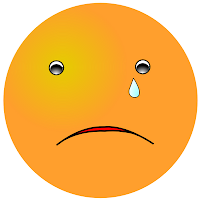 OMG! When they arrived, I could see that the header and page number started on the very first BLANK (blankety-blank) page! Chapter One started on page 7. By deleting that last blank page, I deleted a section break, if you're into these things. Grrrr. I could also see that people were buying this copy! I cried.

Then I took it out of circulation as soon as I could and fixed it. I also found that I had added an extra space in the dang header and the book was much longer than it needed to be. With less pages now, I can lower the price.

I'm waiting to hear from anyone who bought the early copy. If I do, I'll try to make it right. But they should stop and consider what a collector's item this is! It's like a mistake on a coin by the US Mint, right? It should be worth millions in a few years.

Summer Solstice (and a new CHOKE) 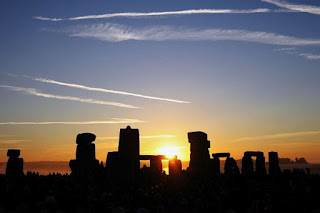 I have had the great privilege to observe Midsommar in Sweden a few years ago. In that part of the world, The Land of the Midnight Sun, it's an important and widely celebrated holiday. The family we visited had a midday meal outside. They always ate outside on Midsommar (I'm using the Swedish spelling because I like it), no matter what the weather was. "There is no bad weather, only bad clothes." On that day, we wore winter coats.

We were greatly warmed, though, by the "branvin", some kind of strong alcohol. When Papa would ring a little bell, everyone would sing a song--they ranged from raucous to naughty--and drink some of the branvin. We Americans were slugging back the whole tiny glass until we noticed that the Swedes were sipping theirs. We changed our ways, but were already half in the tank.

During the meal the young men left the table and gathered wildflowers. The tradition is that they gather 7 different kinds of flowers and weave a garland for their girlfriends' heads. This is no problem because there are dozens of different kinds of wildflowers on the hills near their West coast home. One of them wove one for me, too, and I wore it the rest of the day.

After the meal, we all trooped down to the churchyard for a pagan ceremony. A large pole, festooned with greenery and flowers rested on the ground. It had a crosspole, with two loops that hung from it. Rather phallic looking. Especially when it was slooowly raised while the people sang and began dancing around it. We sang more silly songs, including the national favorite, Små grodorna or Little Frogs. Some musicians played accordion and violin. Even after it started raining, they played on and we danced on. The Swedes are hardy people!

NEW SUBJECT: Well, an old subject revisited. The second edition of CHOKE is now available in trade paperback! I'm excited about my new cover depicting the town of Saltlick and Huey's Hash. Stay tuned for news of the sequel, later this month.

My computer isn't connected today because of our move. I hope like the dickens it's connected tomorrow! Or as soon thereafter as possible. But because I'm absent, I've pre-posted this bit on the Queen's birthday. I may not be having a good time (moving is not all that fun to me), but that's not reason for other people not to party!

I've been watching the Diamond Jubilee hoopla, fascinated by the affection the British have for their monarch. Since she's not really a political ruler, I suppose they're free to like her regardless of political persuasion.

Today is her official birthday, never mind that Elizabeth II was born on April 21st, 1926. The Queen's (or King's when there's a king) birthday was set at June 13th in 1748. It's taken as a holiday, even when it's not the Jubilee. They must not have been a superstitious lot, to set it on the 13th. But, this is only her birthday in Great Britain.

In Australia, her birthday is the second Monday in June. That wasn't declared the official day there until 1788. That's also when winter begins there. Western Australia, though, celebrates either the last Monday of September or the first Monday of October. Queensland just went ahead and declared two birthdays for 2012, the June one and October.

New Zealand uses the first Monday in June, so it's conceivable that the Queen could make ALL her birthdays. That's a lot of cake! And parades and speeches and stuff. I wonder if she gets presents from a lot of her subjects.

This review was written for "Suspense Magazine" last fall.

Carr, the leader of a gang of thieves, blames himself for the botched job that got his mentor killed. His abettors keep assuring him that nobody thinks it was his fault but aspects of the robbery keep preying on his mind. However, the four men and Valerie carry on. Their policy is to steal only from lowlifes, drug runners, gunrunners, whore runners, human smugglers, and kidnappers—the worst of the rich people.
Flashbacks show us the mentor, Declan, and expose Carr's insecurities, taking over after such an accomplished leader. Meanwhile, the thieves start an elaborate plan in action. This is to be their last job, and will net them enough to retire. Bits of the plan are exposed at a time as the reader figures out what the real aim is to be.
But Carr suspects his crew might not be wholly behind him. Is there a double-cross in the future? Can he count on honor among thieves? The story skips around to some exotic spots on the globe as the plot unfolds and we see into the lives of these interesting characters. A fun read!

Reviewed by Kaye George, Author of “Choke” for Suspense Magazine 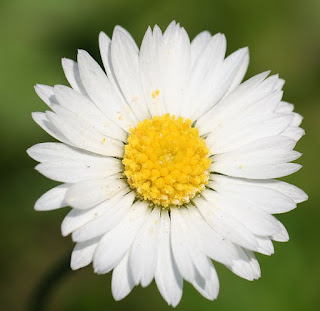 I was surprised and delighted to learn that June 8th is Upsy Daisy Day. I know this is only the 6th, but I blog on Wednesdays, so I'll have to celebrate it early.

According to this page, Upsy Daisy Day encourages you to face the day positively, and to get up ‘gloriously, gratefully and gleefully’ each morning.

Daisies are my favorite flower. I carried them in my wedding and try to grow them every place I live. Sometimes I succeed, sometimes I don't. I had some good ones going before our drought last year. We're moving next week, so I won't plant any more this summer, but maybe next year.

When I first saw the words, Upsy Daisy Day, I thought it meant a day to turn things upside down. My life is doing that, since we're moving!

My writing career is also turning upside down, or inside out, or something. I'll reprint part of the blog I did for All Things Writing on Monday, since I want to say the same thing here. It's a long tale, but there's a good payoff at the end.
Over the years, I've queried hundreds (yes, hundreds) of agents. Here are my Querytracker.com stats. 212 for one project--15 interested agents, 2 positive responses, but no offers. 55 for another project, 3 interested agents, no ultimate positive responses. 63 queries, 3 showed interest, but in the end no positive responses. That's a partial list because I was querying for a few years before I started keeping track on Query Tracker. I made a decision not to keep querying agents not long ago.

I had much better luck with small press. One of the first two I queried took CHOKE last year. However, we parted company in May and I am self-publishing the rest of that series.

Even though I say I had quit querying agents, there has always been one agency I'm interested in. That one is BookEnds. I've sent them proposals several times because of their excellent track records with cozies. I also know some authors who employ them and are happy there.

So, earlier this year, my good friend Peg Cochran/Meg London, who is writing two series for BookEnds and Berkley Prime Crime, alerted me to a new idea being put out by a Berkley editor, an idea for a series set in Texas, where I live. She encouraged me to turn in a proposal for it. I've done more than one proposal for BookEnds in the past, and they've liked some, but have never taken me on. A proposal is three chapters of a mystery, the synopsis for the rest, and sketches for two more books. These take me about a month.

I told Peg I just don't have an extra month right now. We're moving from the Austin area to the Waco area in the 13th of June, as I've mentioned, and I'm also finalizing my second Imogene Duckworthy novel, SMOKE, to publish right after our move. (And yes, I'm also going crazy.)

Peg suggested I submit my novel, CHOKE, instead of a proposal. This didn't seem right, since it's not the same type mystery, a cozy, but the worst that would happen would be another turn down from BookEnds. (Their turn downs are polite, so it's not so bad.)

I submitted the novel, went to Malice, met the editor with the Texas proposal idea, and came home. Soon after Malice, I got an email from Jessica Faust, the agent I had sent the file to. She liked it! But didn't need more clients, and besides the Texas idea had been taken by someone else. BUT, she would forward my file to her partner Kim Lionetti. Two days later (2 days!), on a Friday, Kim emailed with positive comments, asking if I was

All of my hyper-ventilating over the weekend was for nothing! We talked and even laughed, even though Kim had a bad cold, we sent some emails back and forth and worked out details, and last Friday, Kim emailed a contract! I signed it and mailed it back Saturday morning. I think it's official. After I had virtually stopped looking for an agent, and had gone whole-hog into self-publishing, I got an agent. I'll keep on with the Duckworthy series, but Kim will agent my Neanderthal series and the new series I'll write for her.

This is my Upsy Daisy tale! I like it so far.